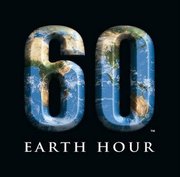 The countdown is on….Earth Hour is happening around the globe at 8:30pm to 9:30pm this Saturday night (28th March).

Come join a us at Little Oneroa Beach to celebrate this statement against climate change and energy consumption. Bring candles/lanterns, instruments, a picnic, family, friends and neighbours. All welcome.

Earth Hour, a worldwide lights out initiative run by WWF (Worldwide Fund for Nature), began in Sydney in 2007 as a one-city environmental statement against climate change. It has since evolved into a global event that has captured the attention of individuals, communities and businesses across the world. In 2009, Earth Hour aims to reach out to 1 billion people in 1,000 cities.

In 2008 global landmarks such as the Golden Gate Bridge, Rome’s Colosseum, and the Coca-Cola billboard in Times Square literally switched off as symbols of hope for a cause that grows more urgent by the hour.

What can you do?
• Switch off your lights at 8:30pm on the night of Earth Hour
• Turn off any unnecessary appliances
• Spread the word to neighbours, friends, family and colleagues