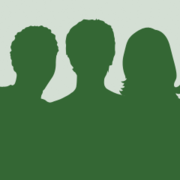 To share knowledge of which New Zealand native plants are edible or medicinal, how to use them and how to cultivate them.

Would like to let you know about: Low cost holistic health consultations with a final year Naturopathy studentThat would be me (or one of my classmates) :-)In our final months of 3 year degree run by…Continue

I have been gathering together a variety of recipes on how to prepare Karaka recipes, to ensure the poison is out. Wondering if anyone would like to share a successful recipe???

Has anyone got any good simple recipies using native edibles? I know that NZ Spinach can be substituted for regular spinach on pizza's or pasta's... I often crush a few horopito leaves and chuck them…Continue

You need to be a member of Edible New Zealand Natives to add comments!

Not Auckland South, but they do deliver ... Oratia Native Plant Nursery is awesome, and has Kumerahou:

I don't know how well they grow here round the Wgtn region. I haven't seen one anyway, but would love to know if anyone has successfully grown one down this way.

Comment by Steph Clout on October 29, 2012 at 7:17pm
Folks - same question from me: does anyone know where I can purchase a kumarahou tree in Auckland south / Franklin. The 2 at the community garden were killed by vandals :-(

Not exactly 'edible' but does anybody know the location of a kumarahou tree (aka Gumdigger's Soap) in Wellington/Porirua/Kapiti?

I am looking for someone to interview in foraging native plants for food. Must be available in auckland to meet. Ph 09 4422513

Hi guys.  I am very interested in learning about edible natives and thought even though it is last minute thought you might be interested in making a submission in the Auckland council draft long term plan (against GE in AK/NZ).  It is one time when we can be heard.  Please read below and send a submission if you can.  There won't be many natives I would want to eat once GE gets a hold here.  Corn trials are already here and there are baby GE pines planted!    Thanks from Fiona.

Comment by Polli Minnell on September 21, 2011 at 1:53am
@ Lorraine....Mingimingi, a small leaved creeping plant was used as a wash for skin complaints.

I tried to contact you by email - but it returned undelivered.

I am new to New Zealand, studied Herbal Medicine in Glasgow for a year, and will start in 2d year of Naturopathy degree at Wellpark this February. VERY much interested in learning about Native plants. Would LOVE to know more about the workshop!
Best wishes

Can anyone tell me if this is native watercress. I found it growing in a stream nearby and thinking of popping it into the tunnel house.

Kia Ora to all...
You are invited to explore, through this intensive, introductory two day workshop, the Indigenous Plant Medicine of Aotearoa, New Zealand.  The workshop will cover the different holistic aspects of – ‘Te Rongoa Maori’ (Traditional Maori Medicine).

This workshop is designed to help us reconnect with the very essence that is Aotearoa, NZ and to facilitate an experience with our native plants and their healing properties in a unique and practical way.

Within this workshop the trainee will be given:
- The necessary skills to correctly identify individual native plants in their natural habitats.
- Aspects of traditional protocol for the harvesting of native plants, their traditional uses, medicinal remedies and listings (traditional and modern).
- Course participants will be given listings of herbal remedies and will be shown how to prepare their own herbal remedies from native plants in a professional and safe manner.
- We will also consider spiritual values that underline Traditional Maori Medicine and other aspects of Indigenous Medicine.
----------------------------------------------------DAVID-  was born in Aotearoa, New Zealand and has studied a myriad array of natural healing modalities and philosophies in over 20 years of inquisitive research and hands on experience. These include Shamanic Philosophy and Healing Techniques, Te Rongoa Maori (Traditional Maori Herbal Medicine of Aotearoa, NZ), and Sound Healing.
He is a Practitioner of Vibrational Medicine, An Educational Facilitator and Coach, A Visionary and a Musician.
Passionate about this beautiful land and its welfare, he tutors from the heart and shares his deep understanding and practical knowledge with humor and relentless energy.

IF YOU ARE DRAWN TO THIS PATH...THEN PLEASE ENQUIRE TO CO- CREATE A WORSHOP IN YOUR AREA...

Comment by David Warren on January 11, 2011 at 8:27pm
Yes FATHEN is eatible (oxalic acid taken into consideration)...But it is  not NATIVE...It has been introduced...See MAORI HEALING AND HERBAL, Murdoch Riley, 1994...Many species that were introduced were readily used by traditional healers as they saw the similarity to native species and used them in an opportunistic way.