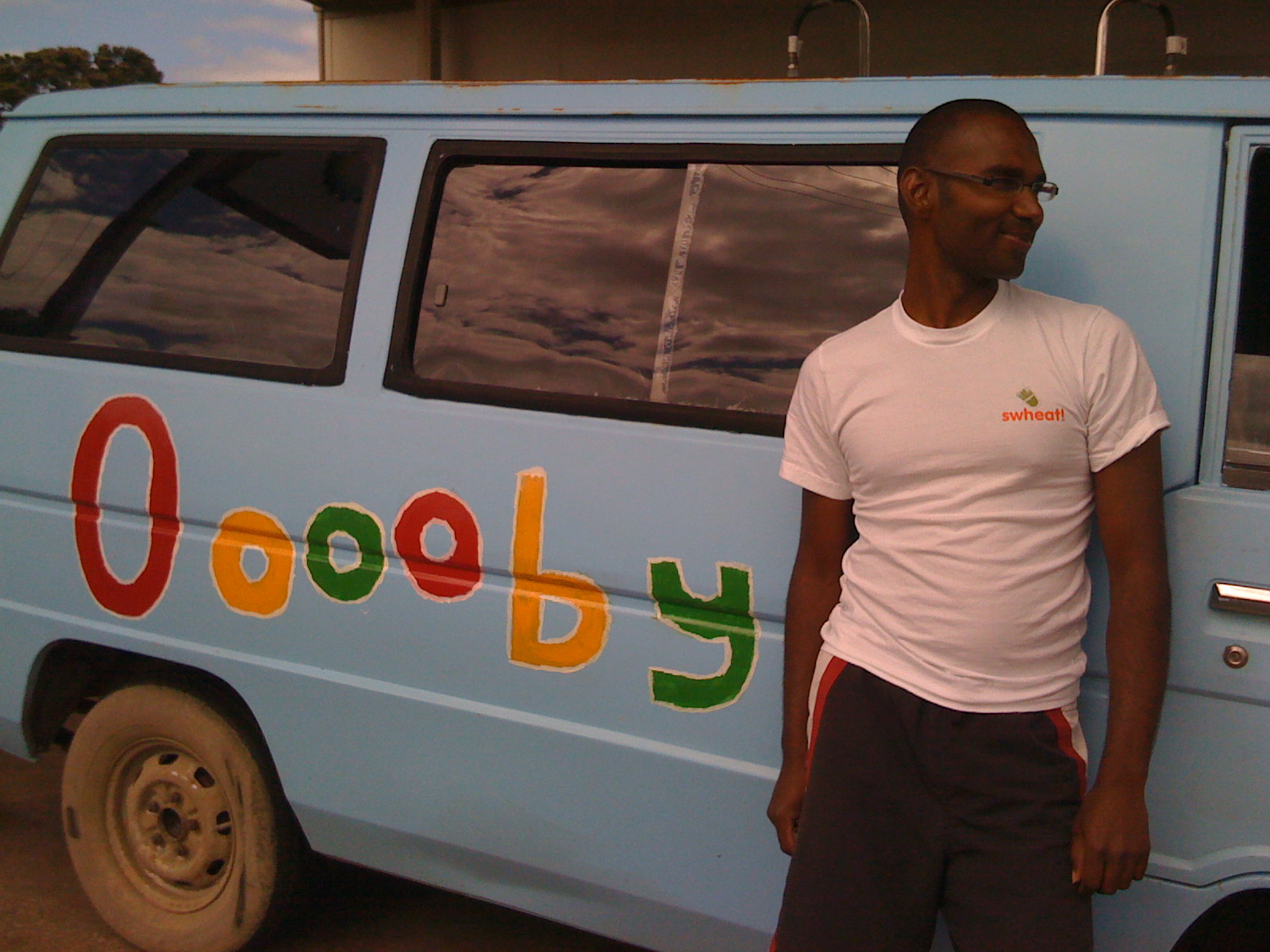 Sitting in the boardroom last October listening to… Continue

International version of "Stand By… Continue

Thank you everyone who made Sunday such an interesting day. Something to learn at every garden visited.
The wonderful diversity of plants in Gabriella's garden. Great to see what you can achieve with limited water.
Christy's berry patch--so that's how you set up the home garden variety.
The fig espalier around the water tank, what a brilliant idea.
The Squarefoot garden in action, ideas overload!
Sorry we missed the houseboat, but we caught the ferry in time and arrived… Continue

There's nothing better than gardening with children! The garden at Fossil Bay Kindy has wonderful raised beds and is mostly edible. I've been involved with the Fossil Bay Kindy garden over the past year, and this year we have decided to improve on the efforts made so far. We are looking at having a regular garden time with the children during their 'outside' time, once a week, on either a Tuesday or Thursday, between 11.30 and 12.30-1pm.

If anyone would like to be involved with this… Continue

Thanks to all who have put their time and energy into supporting the launch of the first Ooooby Store.

Things are getting better day by day at the store, and we are once again looking forward to some great activities this weekend.

As we have progressed we have come to realise that there are many more projects to be done than people to do them. So we are looking out for Volos who would be happy to tackle one of the many exciting projects on our to do list. We would not be… Continue

I just discovered the Top Ten Trends for LOHAS (Lifestyles of Health and Sustainability) for 2009.

There seems to be a theme of "recalibration" or "resetting the scales" which is in line with what many people were asking for last year; CHANGE.

If anyone from Auckland (or further afield!) wants to come over to our beautiful island for the Food Garden Jaunt on Sunday 25 January then we'd be happy to pick you up from the ferry terminal once you've arrived on Waiheke, leave me a comment and we'll sort out logistics. It is scheduled to start at 1pm and will finish around 5-5.30pm. We will be visiting between 4 and 5 gardens ranging from larger rural gardens, to suburban backyards, to the house boat community at Rocky Bay. It is a chance… Continue

You can dowload or listen or download the interview here: Island Life 10 01 09 - Ooooby Store

We took over the garden centre on January 1st, and beginning on Friday the 2nd, spent the last week…

What we are finding is that to keep the Ooooby network running it takes a real human presence to be the host or MC so to speak. Someone who welcomes people, answers queries on things like how to upload a profile picture and all that comes with being a good host of any gathering of people.

With the numbers growing at the current rate, James and I are recognising that it won't take long before we can't possibly see to… Continue

Day 1 at the Ooooby Store

"What is an Ooooby Store?" I hear you ask. Well the vision is growing and evolving day by day, but let me attempt to paint it for you.

Imagine a place where you feel welcome and also at home because you have a sense of ownership of this space and drop in on a whim, to grab a cup of tea and see who is around and what conversations are being had.

Imagine being able to choose from a selection of seating places dotted about the gardens. More seats and tables are clustered in… Continue

a few pics - garlic, books, berry tart, and plums thanks to james! see my journal

A taste of things to come: Food and drink trends for 2009

Home cooking, comfort foods and sherry will be among the big trends next year
By AMY CULBERTSON
aculbertson@star-telegram.com

It’s time to get out the crystal ball and predict what 2009 will bring in the way of food trends. This year, the big picture, at least, is very clear.

All the trend-spotters agree that the main theme this year will be a return to the kitchen. We’ve already seen people cutting back on dining out, and we can… Continue