Nominations are open for the National Volunter Awards!

Applications for the 2010 Intrepid Travel National Volunteer Awards are now open! Win $10,000 in advertising and cash for your charity! Win a $5,000 holiday for your best volunteer!

Simply nominate an outstanding volunteer from your organisation by the…

The broccoli was doing well in the glasshouse until a caterpillar and his family came upon it. The poor plant has nearly been stripped, but I have killed them and a few others from the outside garden. This is the first autumn I have had a garden, so I need to be aware of what to be on the look out for. Obviously neem spray doesn't affect caterpillers.

I think its time to pull the tomato plants out, they really aren't doing much and it will give me some room. I have 3 cauli…

Bill Clinton Apologizes to Haiti... Too Little, Too Late?

I met Trevor at the Grey Lynn Farmers Market on Sunday and he showed me a demonstration of the new type of gardening technology that he has developed in his own back yard.

The Berm that got Bombed. 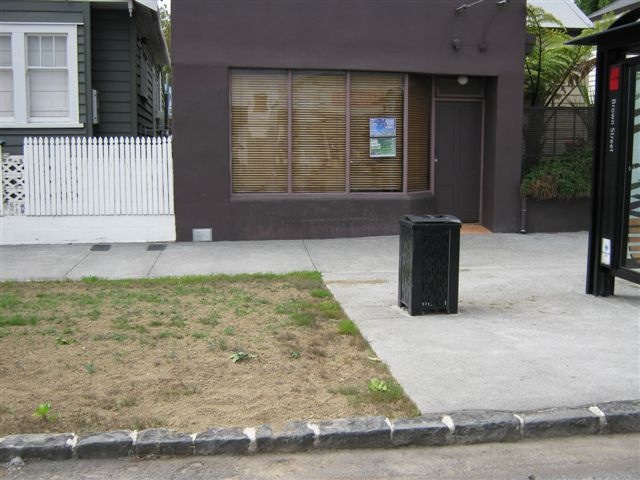 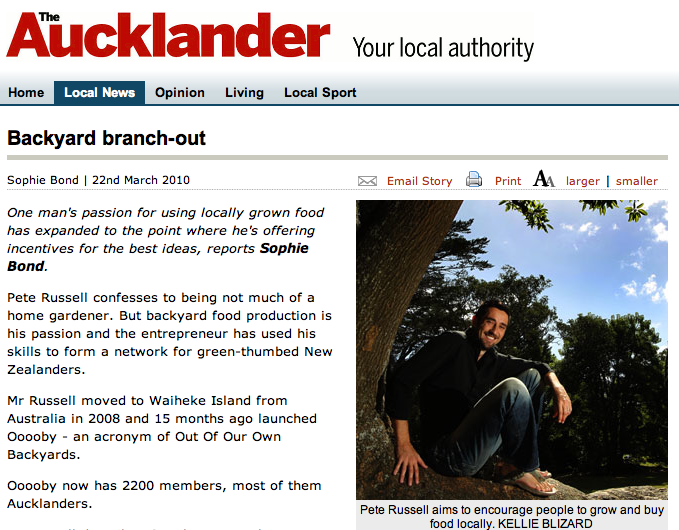 Local Food: Is it good or bad?

I recently won the Dream to Reality competition with my proposal to create rooftop food gardens on city apartment buildings. Since then I've been busy researching, planning and connecting with lots of new, amazing people. When I write to or talk to new people about what I'm doing I find myself describing it…

In the past whenever I've made tomato sauces, purées or concentrates to bottle or freeze they always end up with a bitter after-taste. Sometimes it's strong, sometimes it's barely noticeable, but it's always there. Last
night I finally managed to make one that was sweet and flavourful, without… Continue

Berm to be bombed

Who is down for a little urban guerrilla gardening? It is time to bomb this berm with a lovely veg/herb/flower/small fruit tree patch!

We will be meeting to do some planting in conjunction with Grey Lynn 2030 Transition Towns Event. This is an initiative to make use of the land. It will not only make the neighborhood look more… Continue

If you purchase glow organic Spray 1 part glow 3 parts water and spray early in the morning before the sun heats the hoppers up ( making them very fast flying ) saturate the tree or bush you have the problem with, this should take of the problem. Also collect the eggs laid in rows on old twigs and burn if possible DON'T PUT IN COMPOST they will live.....

Came back from S.I. after 9 days to find teeny caterpillars. Hope they make it. Found my lovely tall corn all over the place with the wind. Oh, dear! The Ellerslie Flower Show only had one "Wow" for me - the English garden. Much better last year, I thought. Ok - so we're still not going to the supermarket and it's been an interesting journey so far.

I've managed to find so many local providers - including some of the supermarket wholesalers - so avoiding the middle man.

This week the most wonderful find was a capsicum grower - beautiful brigtht red capsicums - then a friend of mine didn't like the olive oil that he had produced so we got it at a lovely price - it's peppery and grassy- just wonderful.

So I'll be preserving…

After Summer, the Fall

The garden is becoming wild, with yellows, greys and browns emerging
from amongst the green that was once so dense. The sparser cover serves
to help ripen the pumpkins before frosts set in.

My remaining first plantings of carrots are becoming more and more riddled with the
little brown tunnels of carrot-fly larvae. My parsnips, planted a little
earlier, are developing rust spots.

I'm not worried, though. They've been in the ground a long time - if I'd had… Continue