The Ooooby Box is currently located on Surrey Crescent in Grey Lynn.

We have a short term lease agreement in order to keep costs down and flexibility up.

The landlord has suggested that he may have a more permanent tenant interested in the site, so we thought it might be an idea to scope out… Have you noticed lately that food prices have rapidly increased? In the last 3 years we have seen a 14% price rise on food while general inflation has only risen by 8.9%.*

That means that food prices have inflated more than 57% above wage inflation, or in other words, 1.57 times general inflation. Makes you think, doesn’t it?

The chart below shows the… 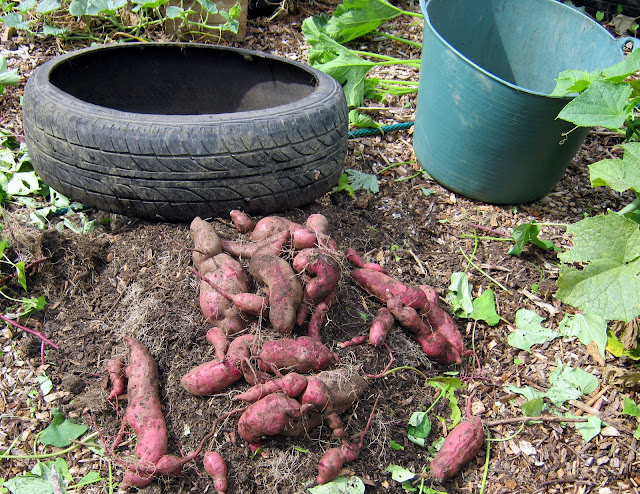 Don't forget to come and say hello to us at Stall 58! I will be promoting and hopefully selling lots of subscriptions for our fabulous Oooooby Box, with Pania next to me for Dirt Doctor.

We're also there to answer questions about being a grower for Ooooby, looking for Promotion Volunteers for the Ooooby Box and recruiting for the job…

I am starting on a whole new adventure with a refractometre.  I have measured a luscious leaf of silver beet and it came out Brix 4 to my chagrin...and I use chicken manure, lime, woodchips and grassclippings and all the rest of it.  So now I am out to sprinkle some magic dust and liquid and see what happens.

How seasonal and local can we eat?

We all like to talk about sourcing our vegetables locally but there's no shame in admitting that after a long winter a fridge full of carrots can be hard to bear. Anyway, isn't provenance more important? Tim Hayward meets Guy Watson, founder of the Riverford vegetable box scheme.


(It's an older Article now, but still very interesting)…

Decided to make something out of my site http://www.rigotech.net