The phrase, "Half-Farmer, Half-X" is drawing much attention as the new key phrase for a… Continue

Today dug eight holes ready for the Ballerina apples and "Samba" crabapples.
Made a cake, ordinary mixture with eggs, cinnamon and mixed spice, brown sugar and chopped up raw yakon. The interesting thing was the yakon in the cake has turned bright green like angelica and still has the crunchy texture - a bit like apple slightly cooked.

Check out this article at Gourmet.com. All American family farmers should stay aware of this issue.
http://www.gourmet.com/foodpolitics/2009/06/politics-of-the-plate-family-farms-or-facilities

Politics of the Plate: Family Farms or â€œFacilitiesâ€�? Food Politics: Gourmet.com
A great article from Gourmet.com. All American family farms should make themselves aware of this issue.

Food Gardens in Vogue in Paris

As we meandered through the streets of Paris, this window display jumped out at me. Such style. Although quite obviously the carrots aren't real, it just made me realise that the idea of associating gourmet style food with the soil from whence it came is back in fashion. Who knows? Will the next high class restaurant trend be to have your raw food pulled from the soil at your table?…
Continue

For my new overseas friends - this is Matariki, the Maori New Year.
As I told the Envirogroup at the local primary school yesterday, a group of stars appears in the month of June just 30 minutes before sunrise. The cluster is called Pleiades. In the olden days the Maori had lookouts appointed waiting for it to appear. Their story is that it is Matariki and her six sisters helping the weakened sun find its way to the south. For three days there is a festival. In the olden times it was the… Continue

Just dug the third and last plant. Yield - 3,1kg and 5 more plants. Now all the plants are buried under a pile of leaves to protect from frost. I'm putting some of the yakon in a casserole. During our recent visit to France we were introduced to the Jardins Familiaux (Family Gardens) by our hosts in Angers. It comprises of 120 plots of land. Much like the English Allotments, Jardins Familiaux are tended to by avid food gardeners fulfilling their passion amongst friends and family. The atmosphere was friendly and a… Continue 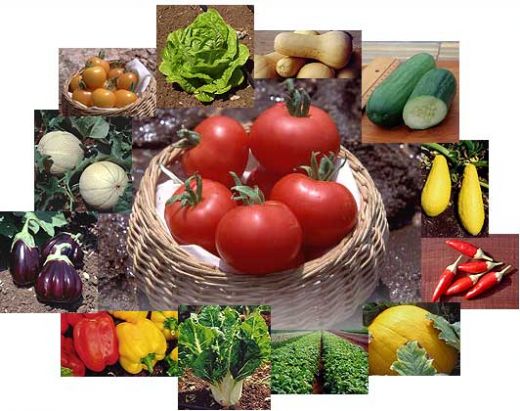 If this is the year for your first vegetable garden, congratulations! You’re about to embark on a wonderful venture of discovery and fun. You may have some setbacks – even very experienced gardeners do – but, most setbacks are very minor in comparison to the rewards that most of us get from gardening.

Here are my suggestions for all you starting out this year …

Start Relatively Small – For most beginners, smaller is better.… Continue 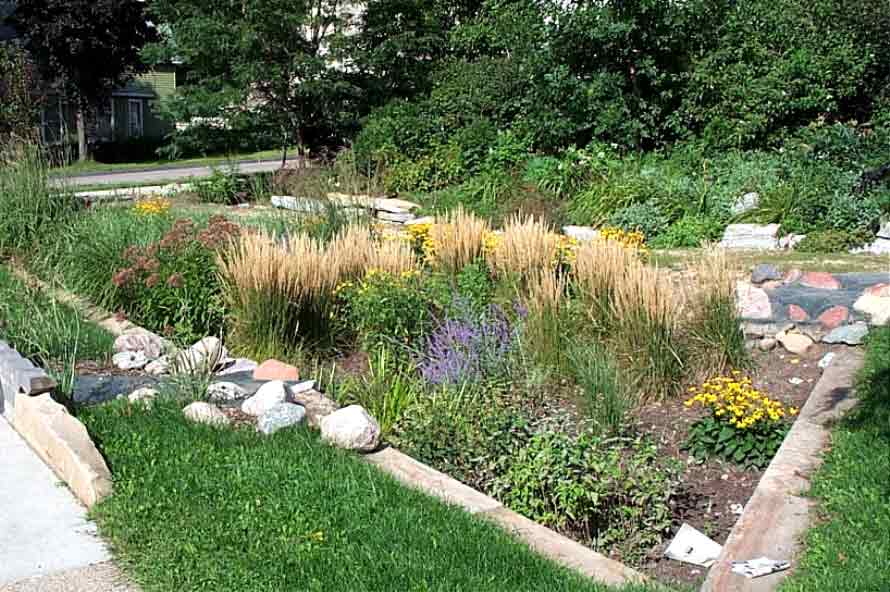 If you’re looking for a new garden project that will improve both your little piece of the environment and the ecology around you, maybe this is the year to build a rain garden.

Rain gardens have been around for a long time, but they’re becoming increasingly popular as more landowners become conscious of their impact on the overall environment. Rain gardens are simply planned gardens that capture, and filter,… Continue

What a Great Idea!

Just joined and very impressed with the site so far!

The whole idea of feeding ourselves and maintaining our health through our own fresh fruit and vegetables is a great passion of mine!
Take control of what you eat and suddenly you feel better and start to think about other things in your life (medicine, health care) and how you can take back control there as well!

I now have my daughter planning her vegetable… Continue

I've still got more trenches to dig, but I decided to plant two rows of garlic in the bit I've already done, then I can leave them to grow through spring and summer and use the rest of the plot for things like potatoes and onions. I used the neat little "Mole" dibber my BFF Sonya gave me for my birthday and planted the cloves about 10cm down, which is what they recommended in NZ Gardener for South Is conditions. I hope I get a better harvest this year, last year's was atrocious - I don't think… Continue Our huge cat, Oscar, accompanied me on a stroll down the garden this afternoon, as I went to pick some veges for dinner. We went our separate ways and I was contemplating vegetables when I heard a commotion and saw Oscar running out from under the frost cloth that is covering a few of our sub- tropical plants.
When i went over to investigate I discovered cat damage!
He had jumped on top of the tent of frost cloth (from the Warehouse,by the… Continue

So it's now been 10 weeks since the raised beds went in things are going pretty well - I was told June was a growing month and I have not been disappointed - everything has taken a serious spurt and we have even had the first bounty (rocket, lettuce leaves, herbs, mange tout) which has tasted great. 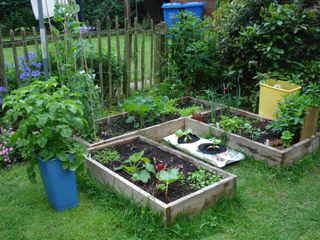 So far there haven't been too many weeds and the slugs appear to be more interested in the compost heap than the veggies which is great news.

Spent a lovely sunny afternoon pruning the grapes and raspberry. Not sure of the variety of raspberry but had it for three years and it doesn't run!! Good cropper. Planted some pakchoi. Saw some twitch/couch, put the fork in and hit a stone. Tried again - and again. No stone, - it was frost more than an inch thick. It's not thawing but freezing over again.
Hopefully it's killing the bugs!

Less Means More: Get Your $ Worth with Organic
08May09

The great divide between food and farming is about to become a blur as a result of pioneering scientific research in Europe that’s pushing the boundaries of health and agricultural policy.

Though no poem insists that “food is… Continue

So we moved here nearly two months ago and only now I'm getting stuck into my veggie patch! It's been a combination of bad weather, lack of time and sickness that's delayed me getting outside, but I was also a bit daunted by the amount of work involved. The backyard is divided into four large (1.5 x 3m) plots and completely enshrouded in weeds - the avid gardener who lived here previously I suspect had been sick for some time before moving to a rest home, so everything was pretty neglected. I… Continue

My kids are so excited (so am I), one of our chooks has laid her first two eggs!!!!!!!!
We have different breeds who lay different coloured eggs so we know who laid them.
Zebra is our girl who did the honours, a lovely bantam barred rock.
Not bad considering it is the middle of winter and we have been having wicked frosts.
My boys will be having a fried egg sandwich each tonight.

Fruit trees for all

A Brooklyn walkway is to be transformed into a community orchard with free fruit. The Brooklyn Transition Group has support from Wellington City Council to plant fruit trees on public land next to a track between Harrison and Garfield streets.
Group spokesman Marc Slade said there would be enough room for up to 40 trees. "There will probably be apples, pears, apricots, feijoas and other things that… Continue

Tonight I will be speak at The Woodturners Mid-winter dinner in Putaruru - all about my garden etc. I have printed out some of the flyers to give away. Maybe they will hit fertile 'soil.'