Yesterday I buried a bunch of grapes in the hugel mulch just to see if anything comes up in spring. The birds excavated them and scoffed the lot. Does not bode well for my grapevines.

To attract insect predators we need to provide habitat i.e. food and shelter. Rock piles are suggested for lizards as they also like to bask on them, so Ive made 7 of these reptilian luxury apartments 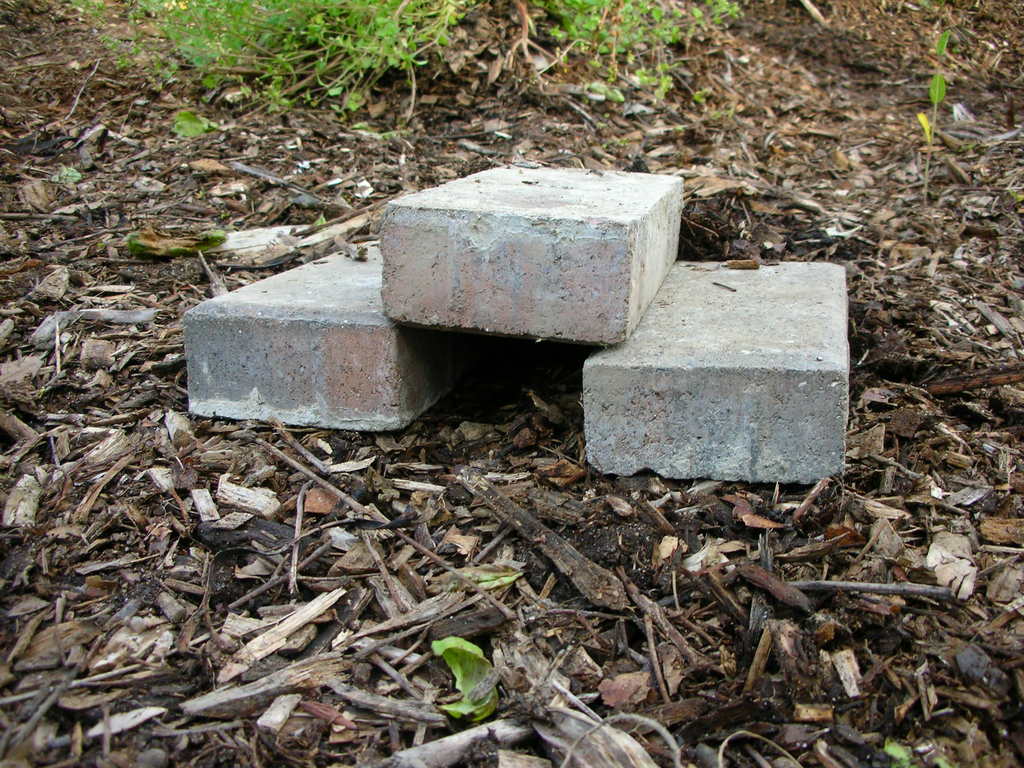 The transition from the straight rows and zero weeds paradigm to the organised chaos of permaculture demands an adjustment in thinking - letting go of a belief and substituting it with a new one. This transition actually results in a change in the sense of what constitutes beauty. Its experiential and cannot be learned from a book. I no longer feel the urge to pull up every weed that may be competing with my crops.

Scored more over ripe bananas. They are high in potassium so I was thinking which plants might most benefit from banana mulch. Bananas of course! I felt like I was making an offering to the banana god. Is this experience becoming more spiritual? 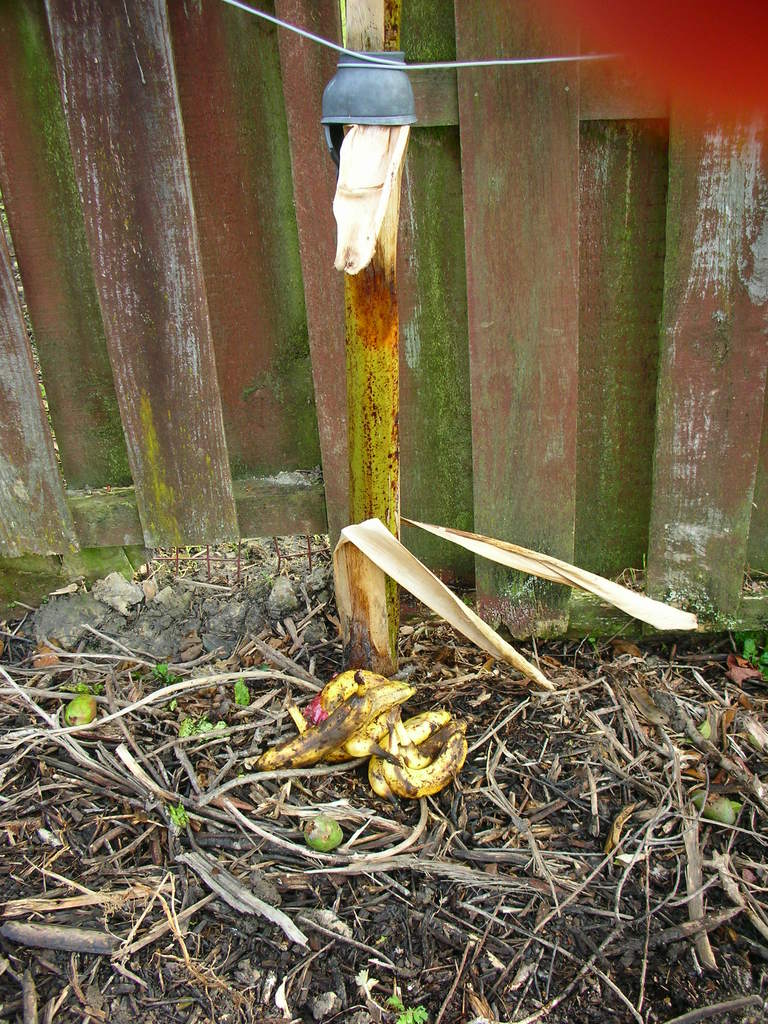 The fruit salad plant turns out to be an epiphyte so Ive relocated them to the bases of the cabbage trees so they can do their thing climbing. The plant is poisonous except for parts of the fruit when its ripe. Causes itching and swelling in the mouth and impaired breathing - so this is the puffer fish of…

I'm new here, I joined this forum because I love to share my knowledge and to learn from others.

I'm also new in NZ, my husband and I are chefs, we are sort of retired but still love doing all sort of things, and enjoy experimenting and making new products.

I am after raw milk at the moment, it seems very difficult to get it here in NZ, I tried Drury, it's a long way for us and they are very short with their produce, more…

Urban scavengers who rescue discarded food from dumpsters call themselves 'freegans'. Very cute. One researcher claims 30% of food produced in the UK goes to waste. 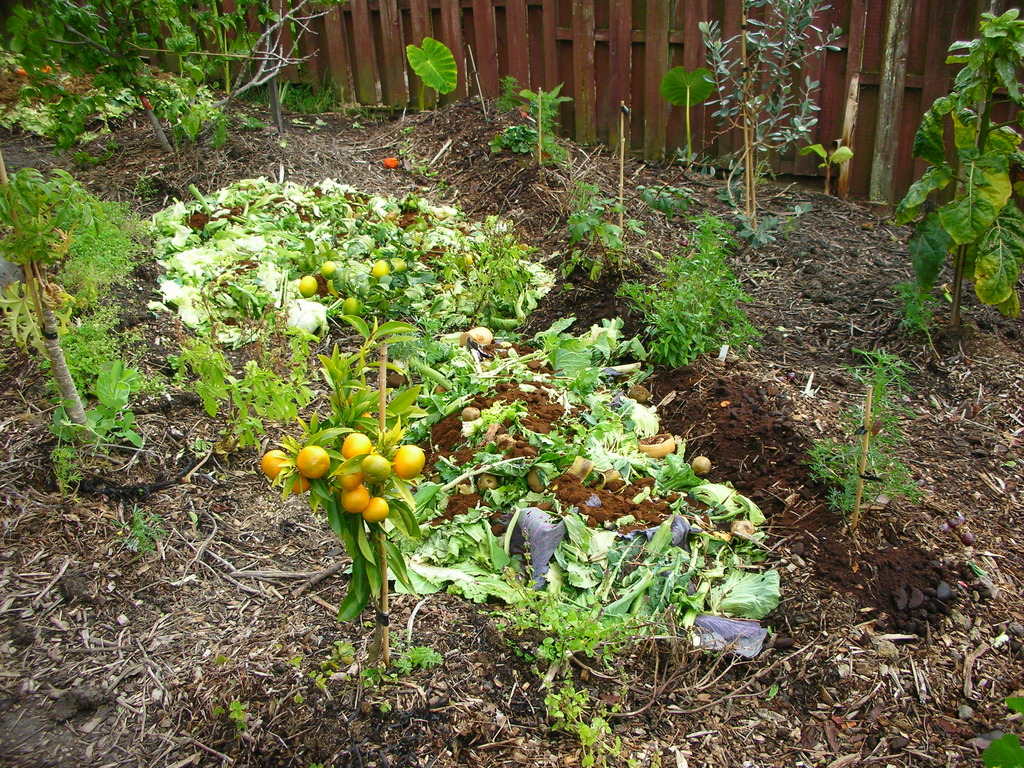 ready for spring planting. Run off will drain into the hugel supplying nutrients for the berries.

Looks like a taro but is a tropical fruit salad plant. Was told it wont produce edible fruit here but good for diversity and soaking up rain. Rescued from the veg shop car park border. Met the GM today who is also a veg gardener. Yes we have no bananas

I like my nanas over ripe as theyre much sweeter. These will also be flambed in rum and some put in a cake. Intercepted from the dumpster. The rain in Spain

The depths of the soggy season. Hopefully this will water in my taro so the leaves dont die back. A lot of water is going out across my neighbours section but this time next year my plants will be intercepting enough through evapo-transpiration and maintaining high humidity for themselves.

Nelson said these will sprout as you can see the cotyledons already starting to show. He leaves them on the wondow ledge. Ill google for more advice. 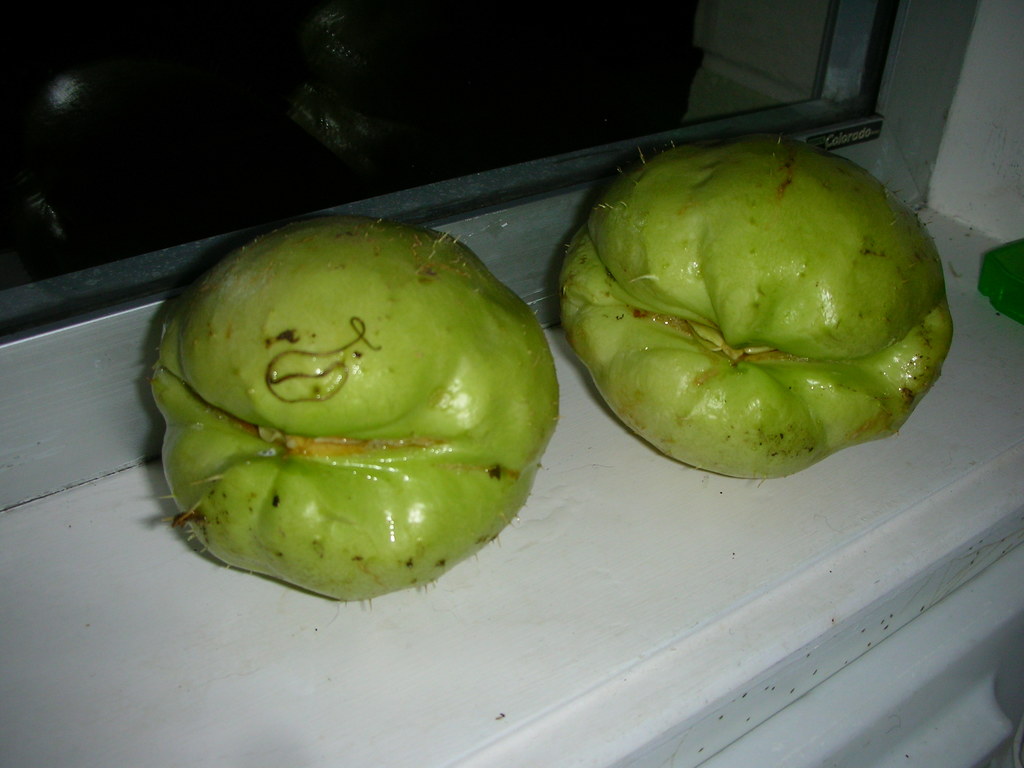 Planted 20 odd more taro in the wettest areas. They should help to dry out the topsoil but Im looking for something which will go deeper and drain the clay subsoil. Lucerne? Top pic looks like concrete rubble, pulled out of planting holes. Peasants.… 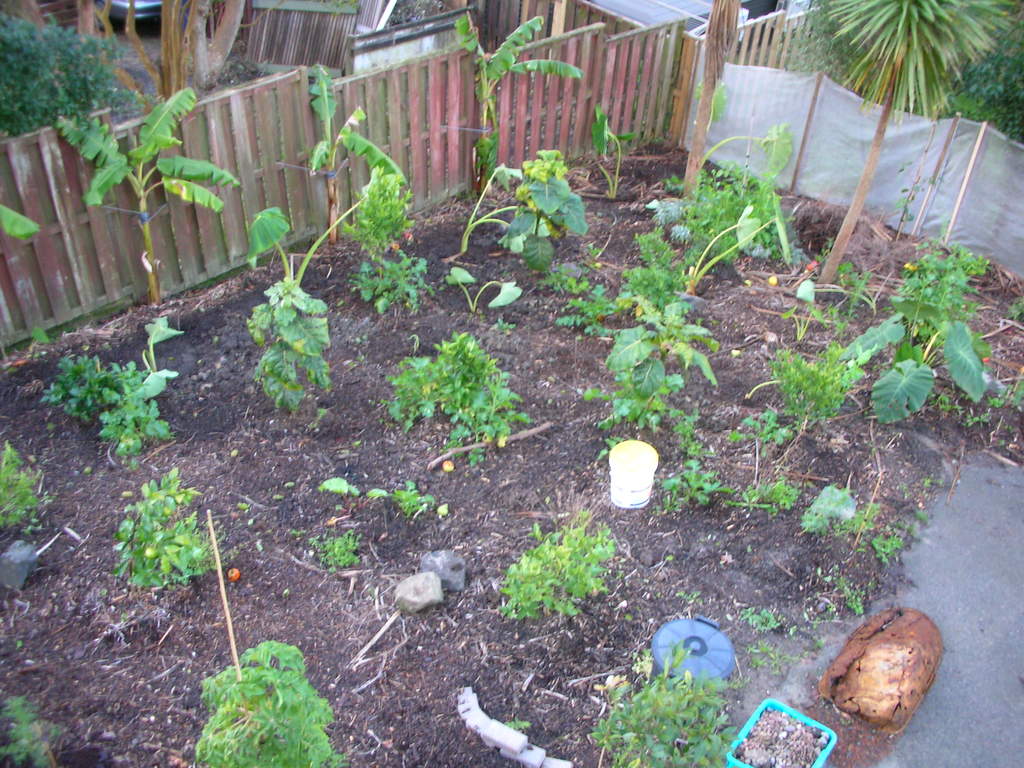 Picked up some more taro from Nelson, an Indian chap in Blockhouse bay. These will go into the wet areas to increase evapo-transpiration. Will also find out how to eat them. Also a couple of choko with germinating instructions. They go well in a curry and the vines can utilise a section of the ugly fence.

Linda Woodrow believes that cherry toms are the closest variety to their wild ancestors and therefore self seed truer to type. I was hoping to find some discarded in the veg shop waste and this morning - lo and behold - 25 of them, which Ive scattered on my summer veg beds to self sow next spring. Also now have three varieties of Kumara for sowing.

On the weekend a fantail and today a swallow; never seen either here before. Both feed on insects on the wing suggesting maybe my insect population is increasing. Currently reading Gaias Garden (Toby Hemenway) on building insect and bird numbers and diversity. He makes a good point that many beneficial insects require flowers as part of their diet, an argument for including more 'non-productive' flowers in the planting scheme. He provides a list of flowers showing which insects they attract.…

Scored a few yellow tamarillos which I added to the forest nursery for self sowing. It has now received apples, pears, feijoa, kiwifruit, persimmon, guava and tamarillo. Cant wait to see what comes up in spring - probably not much edible but at least some extra bee fodder and shade and maybe a world beating new variety. Sepp Holzer uses this method to produce rootstocks adapted to local conditions, then grafts on productive scion and sells the established trees to locals.

Veg beds now have tree mulch, veg waste, coffee and stable manure. Just need a covering of grass clippings and theyll be set for composting ready for spring planting. This process will also provide fertility for the trees as they expand. 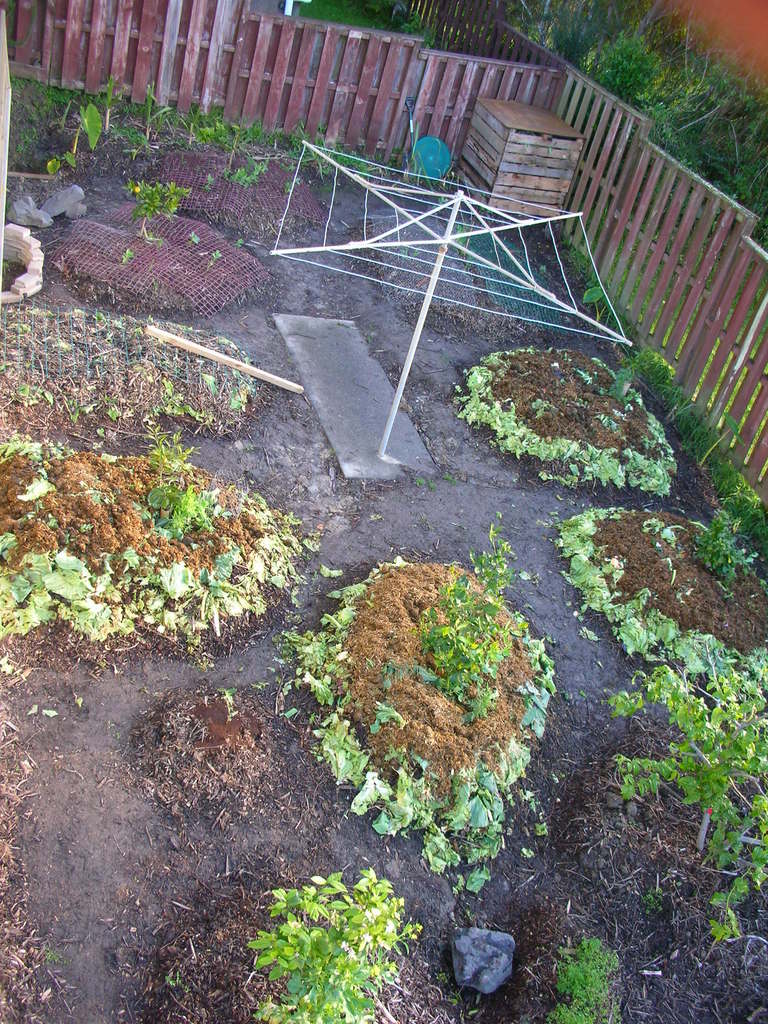 5 or 6 species in the forest today feeding on berries on the neighbours trees, fruit I threw on the ground, insects in the mulch and most encouragingly, insects on the plants. The Tui is more colorful than I thought, with metallic blue wing feathers.

Trademe has a listing for some 'free' organic cowflop. Whilst I would love to add this to my veg beds its in Titirangi so would cost me $15 in gas to retrieve, violating the sustainability principle of reducing carbon footprint, so it will have to go to someone out west. Im on the shore so if anyone knows of any type of free manure source this side of the bridge please advise. 'Flop local.'