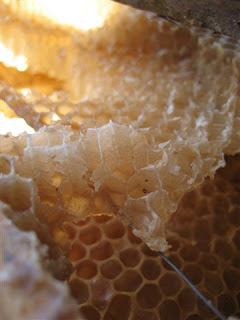 By Sonya at Permaculture Pathways
We're keen to introduce bee hives into our permaculture system here on our 2.25 acres. Bees bring with them some unique services - namely pollination of food crops. I was speaking to a local organic grower and he noticed an increase in yield… Continue

6 Of the Best Herbs for Growing In the Kitchen

Hi Everyone,
This is my choice for the 6 best and most useful herbs for growing in the kitchen. Obviously there are hundreds more variations but these are my selection.If yours are different then let me know and I can maybe write a posting on your favourites and why.

A Green Future You Say?

This was taken from an obituary site. I post it to get more people react if they like this idea...

When it comes to funeral arrangements, a Swedish biologist would like you to think outside the pine box.

She's Susanne Wiigh-Masak, 49, and she has patented a process " U.S. Pat. No. 4,067,091 " that freeze-dries a human body and reduces it to granules just like instant coffee, but pinkish beige in color.

It has been bucketing down - totally annoying on a Saturday when I want to get out in the garden, so I've had to content myself with sowing instead.

Ten Tips on Herbs and Growing Them Easily With Little Knowledge

This is just a little helpful posting with tips to grow herbs for those beginners out there who don't know where to start.
I hope that some of you find them useful.

We all know that herbs are essential to our diet. They do not only make food tastier they are also used as medicine. If you decided that you want to grow your own herbs you have made the right choice. Planting herbs and growing them can even save you lots of money. They save you money on your food bill, and they also… Continue

We had three new members tonight. Welcome to; Alma, Maryanne and Thelma. Was nice to see some new faces. Graham (from the Slaithwaite Co-op was interested in learning what our 'game' plan is. We told him about the land and what we hope to achieve with it and that it is a learning experience for all of us. We aim to keep it organic too.

Dave and Jake managed to get to the garden centre at Milnsbridge and saw Paddy Walsh who has donated about 20 bags of compost and a couple of gravel.… Continue

After so long as a lady of leisure its hard work! I have lettuces ready to prick out, the first of the tomatoes are up and the mice are having to find another home as I spread the compost. They have had fair warning!
Fennel, celery, celriac have popped out and there are onions to transplant. The goji plants look surprisingly well despite sitting in a small pot for more than an year. I grew them from seed of dried fruit! The yakon are on the move and the chooks have been restricted. Now I… Continue

compost and finding a good source.

Hi there, I run a cafe in the city. For a couple of years now we have been seperating the rubbish and composting the bio degradables. I drop it off at Kelmana Gardens and the good folk there turn it into food again. Every now and then I drop a load at home to make a compost heap or to bury in a garden.

What I was hoping to do here was motivate someone into recycling their waste or someone else into asking there local cafe, restaurant, fruit shop... for their waste.

Well, there have been a few stressful changes going on in our lives recently: I've started fulltime work (plus continuing to work parttime on Saturdays), my son's started fulltime care, then my husband was made redundant and is currently looking for a new job :/ Plus the usual winter colds, tiredness and other interruptions, so the garden got put on the backburner a bit. But now we're getting some lovely sunny days here in Dunedin and I'm starting to get a bit more energy back - must be Spring… Continue

From the Daily Mail in the UK:
Gardeners keen to boost their crop of tomatoes may be surprised to learn they can turn to an unusual and free source of fertiliser.

Allotment growers can enrich the soil and therefore their plants using their own wee, according to a new study.
Scientists discovered the unusual addition made crops up to four times larger. 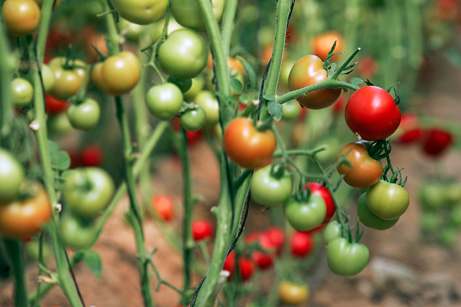 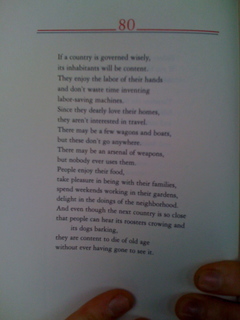 Hubby thinks I've gone mad. Yesterday I started removing our lawn because it is a mixture of weeds and kikuya and I'm replacing it with anything I've got an abundance of seed-wise and that is easy to pull out later: corn, wheat, marigolds, parsley, buckwheat, alfalfa and goodness knows what else as I go along. Why? Because I'm organic and I don't want to spray my lawn to get rid of it, neither do I want a muddy bog while I painstakingly remove it. Since I don't have oodles of spare time it will… Continue