ok, it's got nothing to do with the order of the trays, they just don't like their new home. Not taking it personally though, this is supposedly a common occurrence. Have lined the spare bin with wet cardboard, straw and yummy damp semi decomposed leaves, a tiny bit of garden soil and transferred my worms back into their new home. Topped with a sprinkling of chopped greens and banana skin, damp shredded newspaper and dry straw, they don't like the dry straw apparently. Also took them out of the… Continue

the worms have made a run for it...

the worm farm arrived this evening and wasn't paying as much attention as I should have been when Mick explained about how to assemble the trays.

Consequently, reassembled them incorrectly after I'd removed them to feed the worms. Luckily, had a banana as a late night snack and dutifully chopped up the peel for my new babies. Ungrateful little beggars had wormed out of their box through big holes of the tray that should have been at the top, not immediately above… Continue

roses are for eating

It's time to catch the aromatic blossoms before the wind takes them.

Strawberry and rosepetal jam are on the menu this weekend and as the elderflowers are plentiful we should all be making elderflower and rhubarb syrups or jams. I always add whiskey and grapefruit juice to the syrups... tastes like a thick mulled wine!! yummy.

Source: nzherald.co.nz By Neil Ross
Perhaps was a bit geekish, but before getting married I remember writing up a list of all the pros and cons of my prospective bride to mull over. 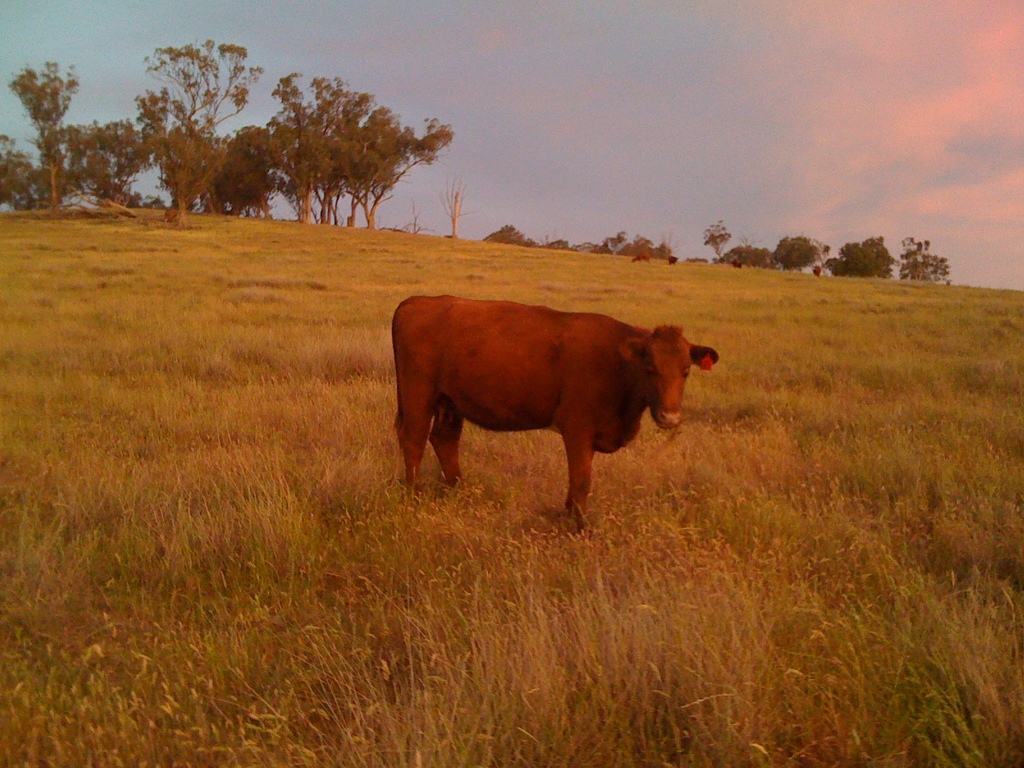 I am currently visiting family in Australia. A couple of days ago I was spending time with Mum who lives in Wellington, Central NSW.

A knock and holla at the door announced the arrival of a family friend, Ian Ponder. Ian is a local farmer who runs beef among other things on his 700 acre property. We proceeded to put the kettle on and took a seat under the shade… Continue

Gardening has been very therapeutic to me too. I lost my job and along with it all my income and medical insurance/travel ins benefits. I was depressed and not sleeping well, so I addressed the issue by picking up my old hobby:… Continue

Yay! After almost an entire year of struggling to get my garden going - I have worms in my soil!!

Last month I dug through my cluggy, clay soil to look for worms in there to see how healthy the soil is, but to no avail. About a month later, and today I was thinning out my small bunch of beetroot red cylindras and low and behold within a layer of pellitised pea straw mulch (dug into the soil a wee bit) there were little baby worms! I'm pretty excited about this - I'll try to post… Continue

Source: By Joni Carter
Be honest. Do you have an exercise bike that you use as a clothes hanger?

I grew up with one of those permanently parked in a corner of my parent’s bedroom and swore I’d never buy one.

I’ve kept that promise to myself.

Instead, I bought a rowing… Continue

We have a nice new garden bed made from macrocarpa sleepers which has been sitting waiting for a few weeks with hardly anything in it. On the weekend we finally got out there and sowed seeds: beetroot, radishes, red onions and carrots, as well as a packet of parsley seed which turned up in the cupboard with an expiry date of Aug 2008 -- it's been lost since we moved in here! Germination rate will probably be a bit low, so I just spread it around a bit and will hope for pleasant surprises. Last… Continue

I am so very excited that Upper Hutt Farmers Market starts 1 November 2009.

You can get Twitter updates and register for email news. 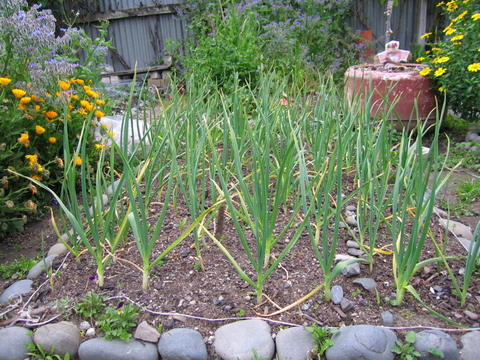 Spring is serious garlic growing time.This is when the plants size up before bulbing up in the summer. Caring for the garlic now will help produce a good crop. I need to make sure the garlic patch gets watered regularly. It needs water to grow well and the spring winds in our area dry… Continue

Source: Stuff.co.nz
Beginner's guide to vege gardens.
STEP-BY-STEP: Step 1. Line the base with a thick layer of newspapers. Step 2. Soak the paper thoroughly. Step 3. Spread a layer of horse manure on the paper. Step 4. Cover the manure with straw. Step 5. Top up the bed with compost or dirt . Step 6. Smooth out the bumps.… Continue

I have just learned that we have amongst the Ooooby members none other than Sarah Raven.
Sarah, writer, cook, broadcaster and teacher, is the expert on all things to grow, cut and eat from your garden.
Sarah is based in the UK and I'm not sure whether you can purchase from her store internationally but it still could be worth a look at… Continue

Source: NY Food Examiner Katie Workman
I know it's a bit odd to see an article about the Nobel Prize for Economics in the NY Food… Continue

PLIGHT OF THE HONEY BEE - if you've seen Food Inc you will relate to this!

Plight of the honeybee stung by funding from the chemical industry
Syngenta produces a pesticide linked to bee deaths. So why has it been allowed to contribute towards research into the collapse of bee colonies?

Why are honeybee colonies collapsing? One hypothesis is that bees are bringing into their hives traces of pesticides called neonicotinoids, whose use has expanded greatly in the past few years. Some scientists believe that… Continue

This is a great blog. It goes more into the truth around food in general and very much supports the local food movement. Some things may be controversial but hey that's what makes these things fun. Check it out.

OK, so this is far from anything to write home about but figured I may as well send pics of the state of things..

Here's the middle box, currently the best organized. Some wild looking silverbeet harvested for dinner last night (was quite nice).. This box is pretty much gone wild.. but we figure we'll leave the Rhubarb to go to… Continue

Chilean Guava -- why doesn't everyone have one of these?

Source: Amy Greacen Oakland Fresh Foods Examiner
When I started narrowing down my front yard plant palette to include only (or mostly) things that were perennial, edible, suited to our climate and preferably evergreen, some unfamiliar cultivars popped up that I figured were edible in the sense of being non-toxic,… Continue