Is an area of 40 m2, 5 terraces and 4 walking paths. Filled up with horse manure and compost. East facing and great view. … 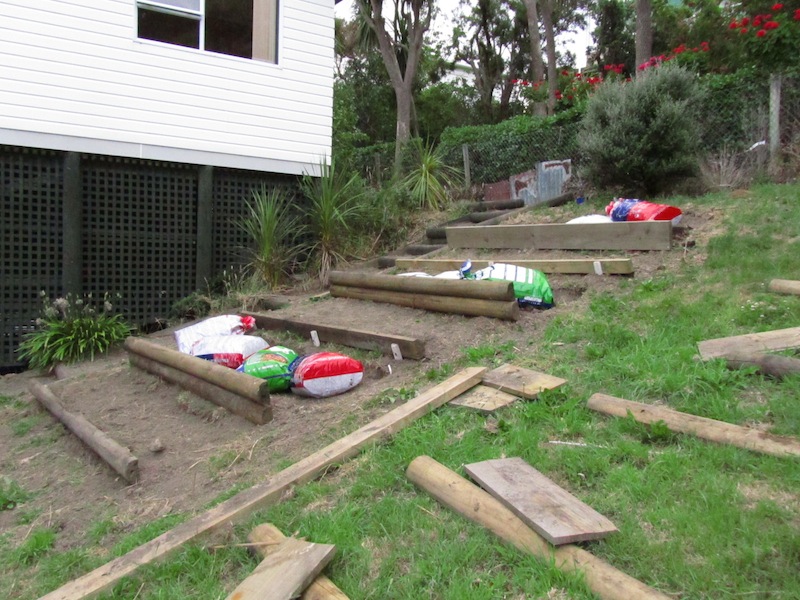 I had great hopes for the garden this year and well I seem to be able to grow weeds well, but everything else is very slow. On the good side, meslun is growing well, along with the beetroot, the last of the winter cauliflowers have been picked. broad beans were patchy and snap peas died off as fast as it was growing. The tomatoes in the glass house are starting to flower. I still can't get lettuce to germinate. The sweetcorn is growing well and the beans seem to be happy, with pumpkins… Continue 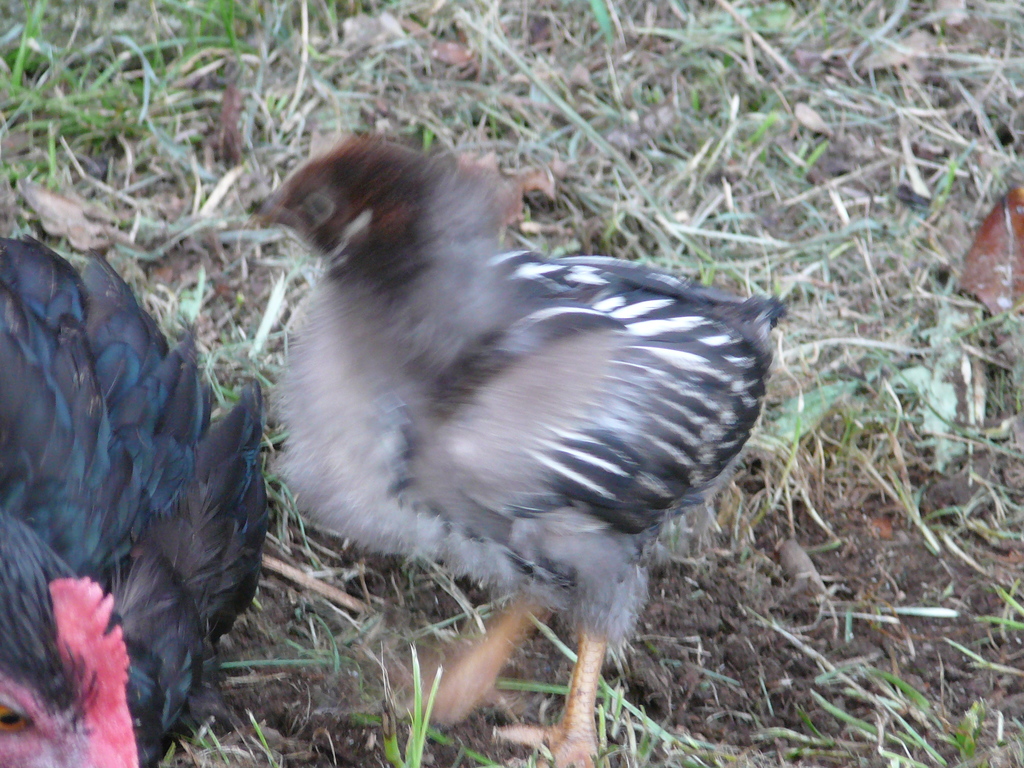 Hi all. hope you all had a very happy christmas day.

I have a baby silver laced wyandotte chick and was wondering if anybody can give a clue as to it's sex from the photo? I'm thinking maybe a hen as roosters seem to have more white on the wings. 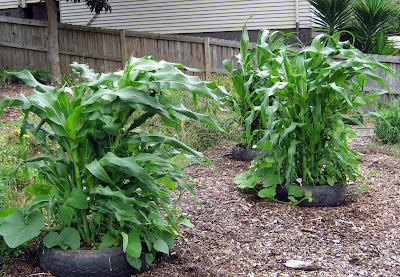 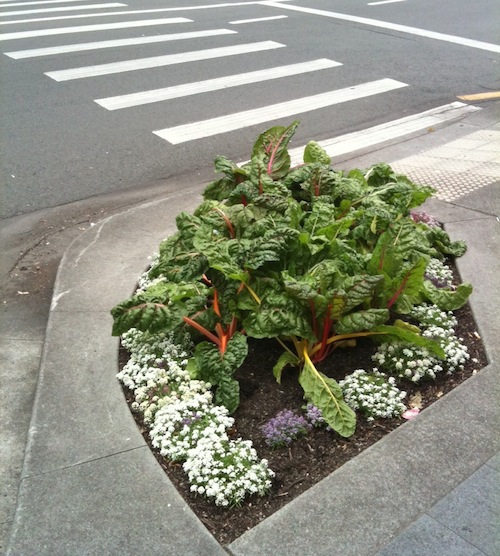 What a delightful piece of street design!  A beautiful marriage of function and form don't you think?

Wouldn't you rather pick your silver beet from street gardens…

Building and land development at the Atamai Eco Village is gaining momentum and eventually the sustainable community will accommodate up to 200 villagers on 60 hectares of organic farmland near Motueka. I read in last Friday's NZ Gardener newsletter that plastic shapes of white butterflies stuck on kebab sticks keep them away. Apparently they are territorial and don't encroach on butterflies already there. I'm passing this on so others can have a go, too. I doubled some of the sticks so they are higher above the kale etc. Let's know if they made a difference.

Ooooby Recipe of the Week 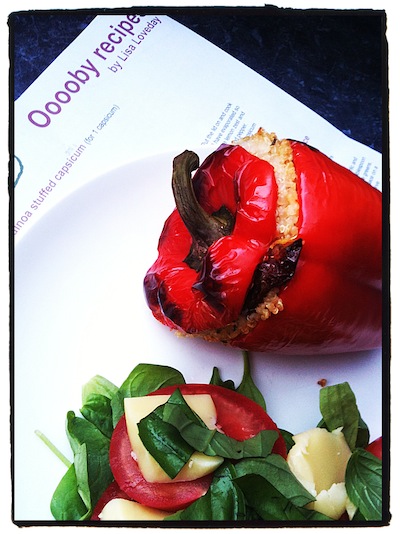 Preparation and photo by Karen Knighton been a long time since I posted anything!

Garden going well, filled filled areas with extra compost as we pulled the winter items out and started planting summer stuff. At present the courgettes are growing in front of my eyes, and peas/beans/tomatoes are stating to fruit. We have had loads of radishes and rocket, yum!…

Host gardens for next year's workshops in Wellington, Auckland, Wanaka, Dunedin, Christchurch, anywhere in between? 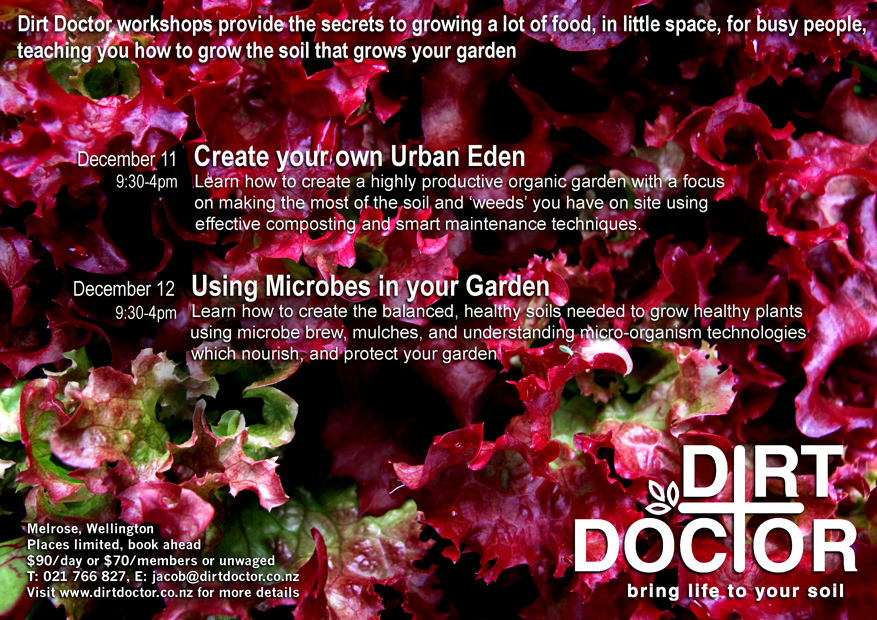 Hosts get a free spot in the workshop of course, a completed thermal compost, a double-dug raised mound, a dose of microbial brew and the advice of on-site Dirt Doctors! Let us know if you think your garden could be the place...

Meanwhile, last workshop of the year is this weekend in Wellington. For those keen and eager to set their soil to work while they're away on holiday!

Also, check out our…
Continue 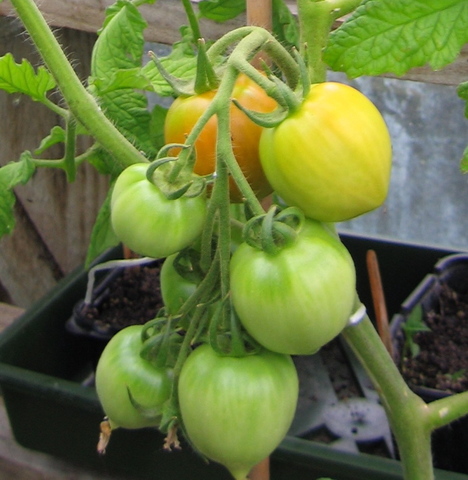 Notes from a talk by Joel Salatin 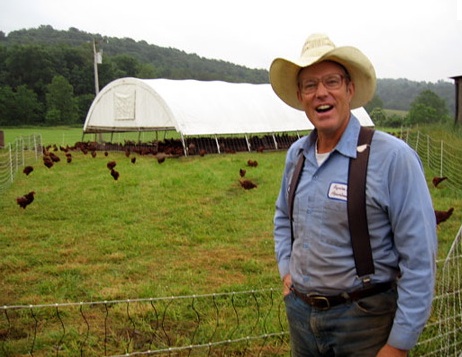 By Sonya from her Permaculture Pathways Blog.

Here are a few notes I took during Saturday night’s talk by Joel Salatin from Polyface Farms in the US.

First up, farms are meant to be… Continue

Well the last few weeks in the garden have been rather scorcha....have not been out in the garden during the day. Rather waiting till the cool evening.

Am very exicted about this years summer garden. lotsa new experiements with growing and the garden is singing with lotsa good insect life.

Main crops going for it at the moment are the phacellia, calendulas, garlic and going to seed silverbeet. THe phacellia is absolutly pumping with bees and hoverflys. A crop i reccomend to…

Good have been Good to us so...

We thought we'd put the word out for them about their Christmas 40% off subscriptions promo.

The offer only lasts until Saturday. You can order here.

Thankfully the gerkhins and courgettes are looking brighter, I thought I was going to lose them all. Basil is still sulking, the tomatoes in the glasshouse are taking off. I brought a chilli and pepper plant which are also in the gHouse.

I have been busy making kefir water and the milk culture. The yoghurt is a little sour, but is good in cooking. the kefir drink is doing wonders for my system and keeping me regular. Have lots of extra grains,will need to start another one I… Continue