Today over on Facebook we launched a competition for the very first Gold Ooooby Box.

What's your favourite meal to cook? Share the recipe and you could win the very first Gold Ooooby Box.

This year the broad beans and cavallo nero did well but the snow peas and broccoli were hopeless. I think the west facing bed which gets reflected sun off the house may be too hot and dry? Big Orange has lots of fruitlets again despite the paucity of honey bees. The plum is covered in leaf and the Manuka is the deepest green Ive seen. Theres some blossom on the cranberry bushes and the banana passionfruit. All three figs have taken off and weve had a few strawbs.

A discarded para-pool liner makes a perfect compost heap cover. The heap is wet enough after recent rain so this should help retain moisture and heat it up. Also should reduce the number of flies. I just read that aged compost contains very little nitrogen compared to young compost so my next topic for reading will be the science of compost.… 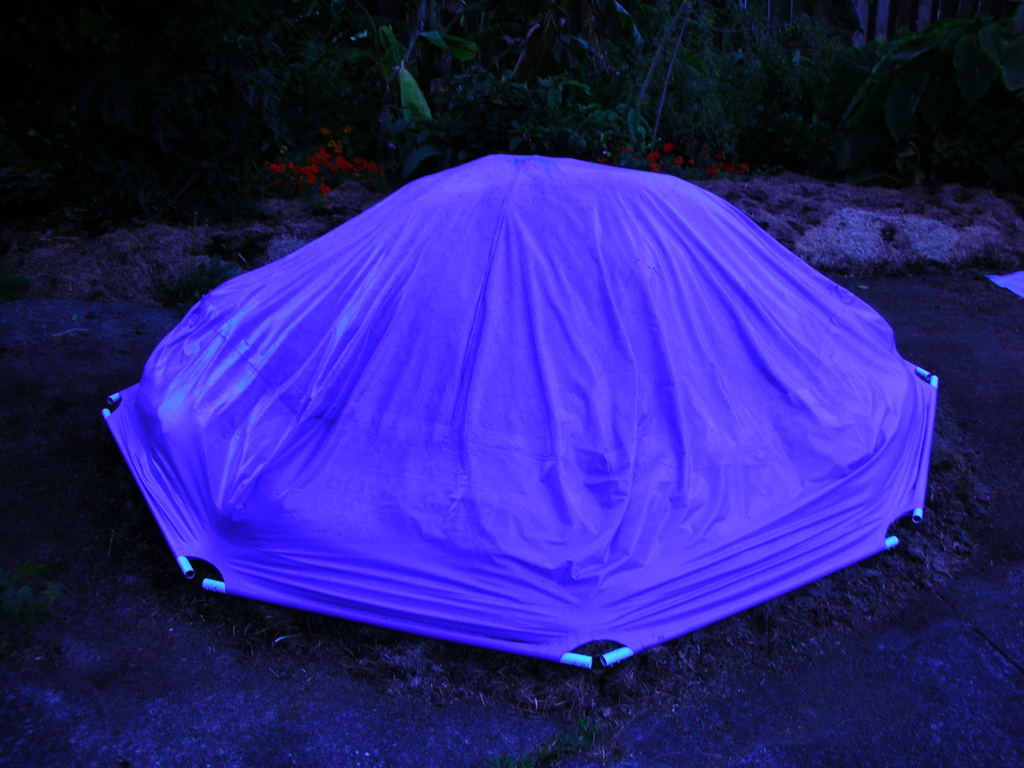 Where to get Californian Rabbits in Northland??

I've been raising rabbits for meat for some years now with great success. I raise them entirely on natural homegrown greens that I pick for them, and they do as well if not better than rabbits raised on pellets ... in fact my primary problem is keeping them from getting too fat!

My current breeding stock of rabbits (flemish) is getting a bit old and a bit inbred, and I'm looking  to replace a couple and try a new breed. I don't really like NZ whites and I've always…

Taphrina deformans overwinters in the bark and attacks young leaves. Will also prevent fruit developing properly. Seems I should have sprayed with bordeaux mixture in July and August. Too late now for this year. 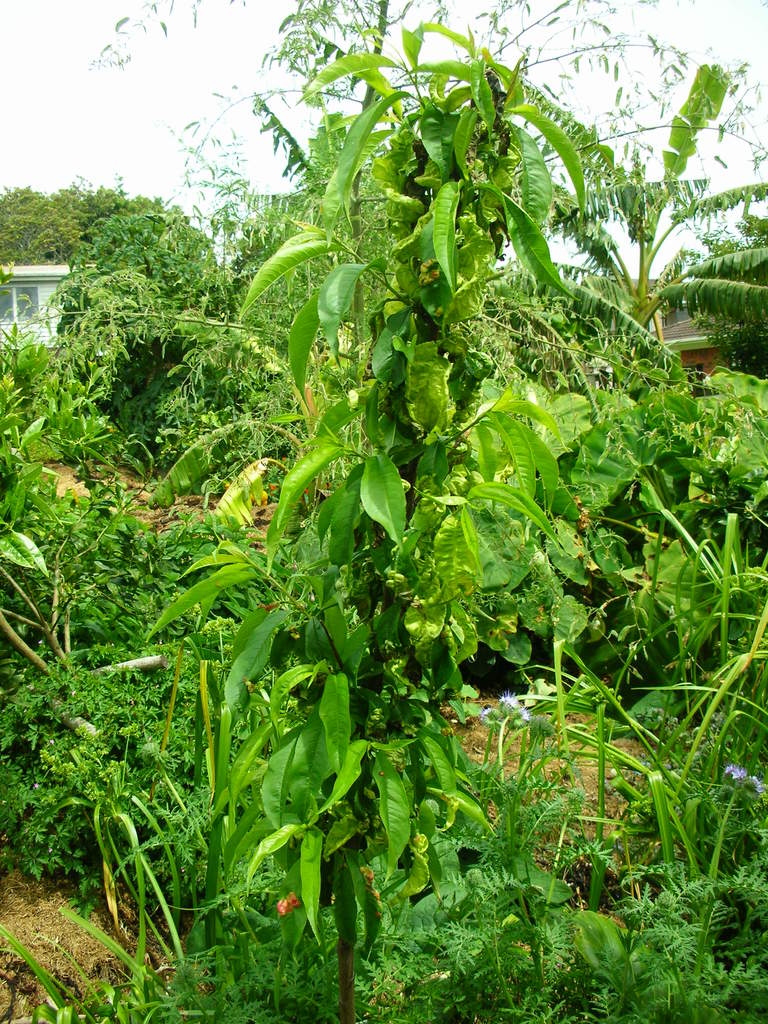 Im now feeding the girls staright onto the compost so any waste gets incorporated along with their manure. They dig for insects in the pile. 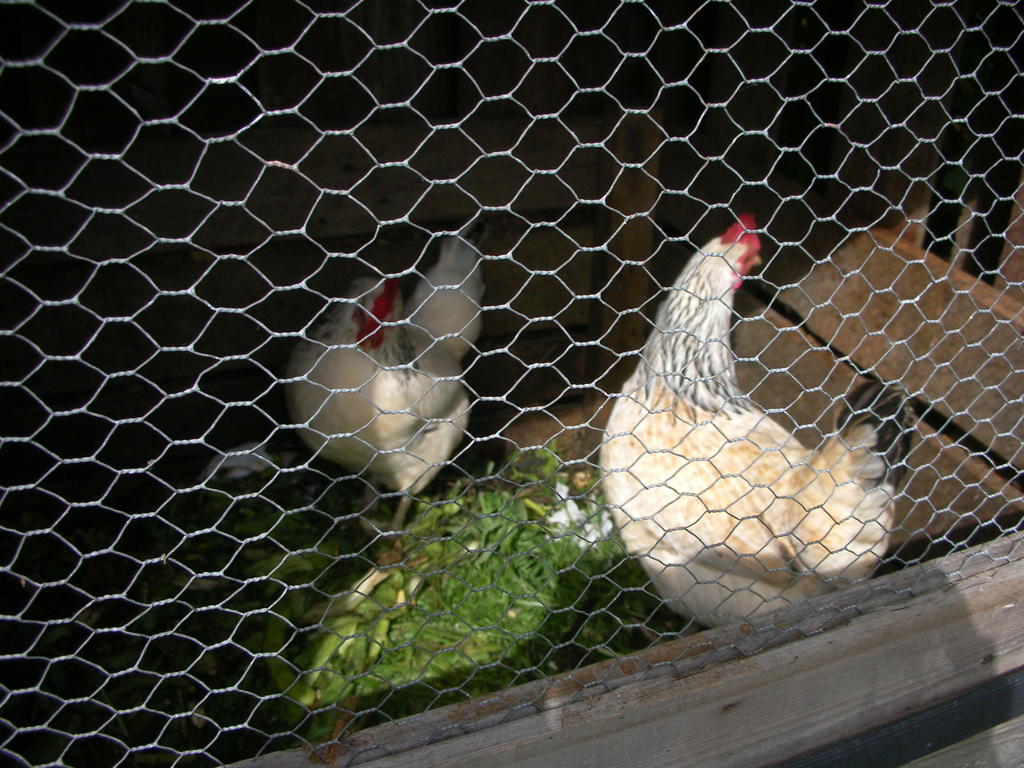 Broadcasting didnt work and the last lot must have gone in too deep, so this time I scraped the mulch aside, scratched the soil and put in dry seed with a shallow covering. This should more closely resemble natural conditions for germination.

Seems very happy - donated by a friend with too many plants. 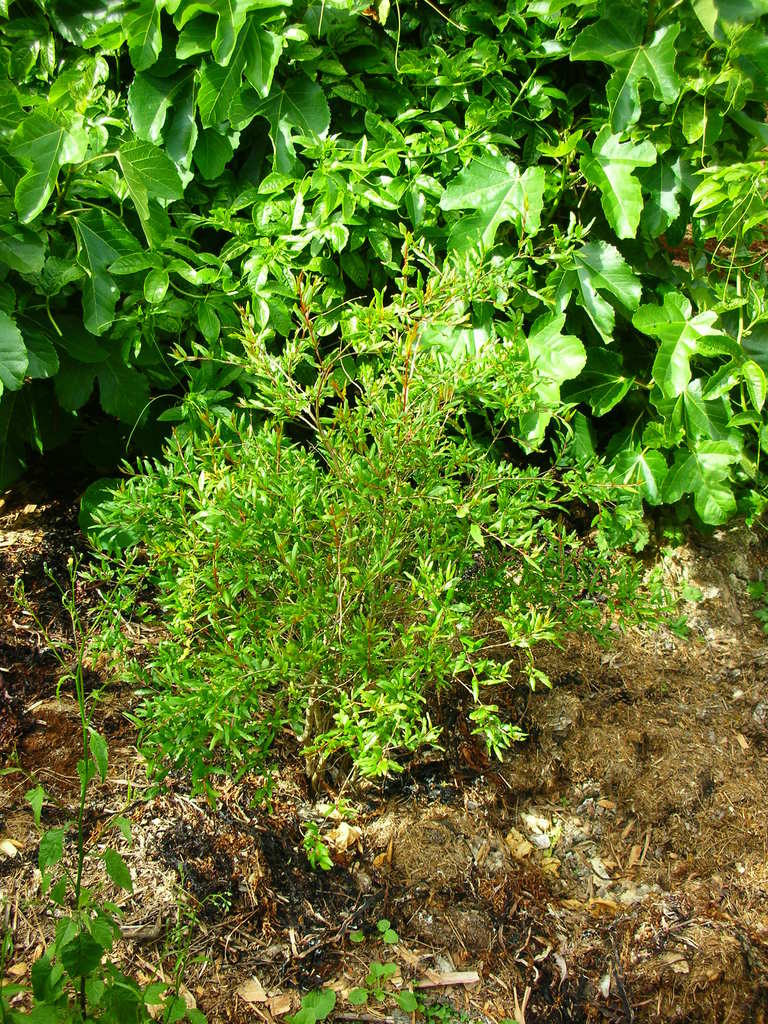 Read another grape book and just started number 4. As I suspected I should have pruned off the side shoots last season to concentrate the energy into the growing tip which will form the main arm of the vine. I plan to gro them along the top of the fence as it runs N-S otherwise they would lose the afternoon sun.… 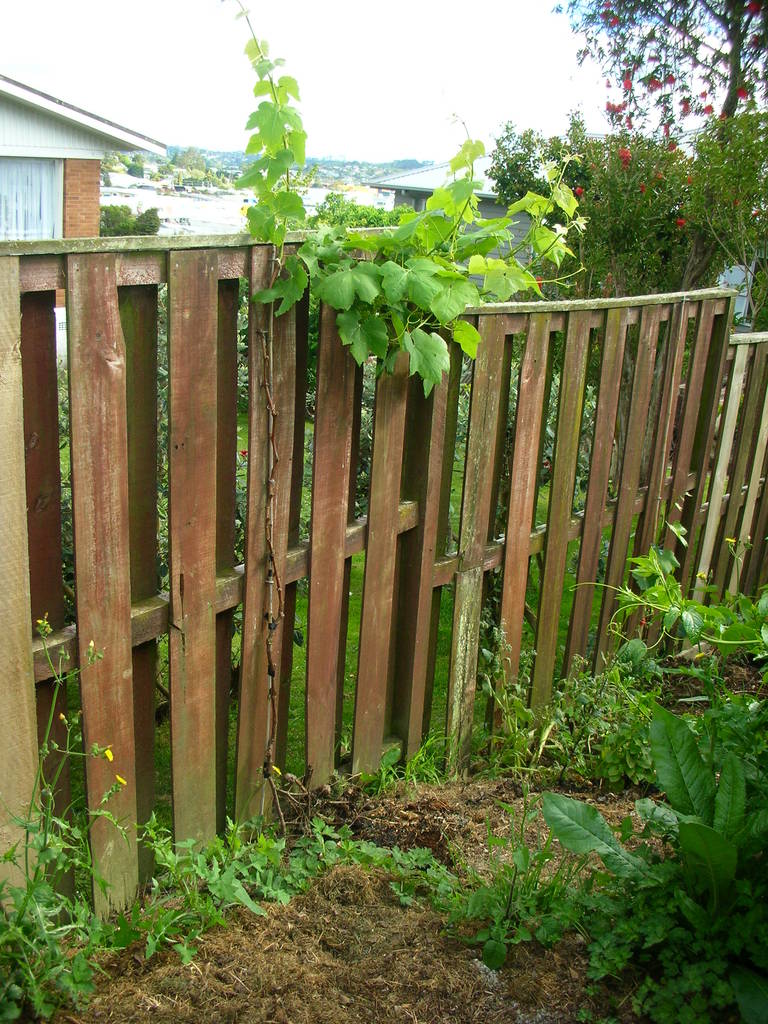 Turned the grass pile, limed and wetted it, directing leached nutrients to a nearby banana. Kalis beans up and running Insects are not normally something we think of when travelling abroad but some of the insects in Japan are even weirder than the people.

If your garden is lacking buzz, there are things you can do to revive pollinators, writes Steve Wratten - Professor of Ecology at Lincoln University.

If your garden is lacking buzz, there are things you can do to revive pollinators, writes Steve Wratten.

Have you seen very many bees in your garden so far this spring? Well, I haven’t. Our rosemary has been in flower more or less all winter but there have never been more than a few forlorn honey bees on it. As for bumble bees, there have been some bumbling queens buzzing around in the occasional warm spring…

Just compiled a list of the books Ive read to date on organics, permaculture and various specific crops. 34 so far. Ive got 3 more on my desk and just ordered another 9 from the library. Better than watching telly.

Tree lucerne have now set seed pods. It will be interesting to see if I can get them to germinate - Ive heard theyre tricky - maybe need scarifying?

Picked up 16 of the old ACC recycling bins of seaweed (4 trips) after the big storm Saturday night. Totals 0.8 m2 or 3.2 litres per sq m of ground. Doesnt sound much but every tree and veg bed now has a mulching.

We are out of the house for EQ repairs but just next door so I'm able to keep an eye on the garden.

Peaches all flowering , cherries about to bud burst any  day. Basil seedlings sprouting in the tunnel house. Passionfruit  vine growing  nicely too. Lemon trees  good  and lots of new flowering growth coming along. Lime tree much improved thanks to repeat Neem sprays  , and washing the black mold off the leaves .

Rattie appears to have disappeared although it may still be deep in the compost. I dont mind as long as its not filching my eggs. Theyre here to stay so why stress out over it? Next batch of compost Ill put a wire mesh frame inside the bin.