Source: Stuff.co.nz 13th August 2009
The price you are paying for veges has just risen a whopping 12 percent on the same month last year.

That favourite of sandwiches and salads, the humble lettuce was the leading culprit. It doubled in price in June and rose again, by 41.6 percent, in July, Statistics NZ… Continue

Virtual farmers market in the works

By Morgan Josey Glover
Industrial-food fatigued residents of Greensboro and other North Carolina cities have emerged in recent years as influential in the evolving local foods movement.

Behind the scenes, farmers are trying to meet that demand by growing and marketing foods in different ways. A new Rockingham County… Continue

Source: Ooffoo
An old Italian lived alone in New Jersey . He wanted to plant his annual tomato garden, but it was very difficult work, as the ground was hard.

His only son, Vincent, who used to help him, was in prison. The old man wrote a letter to his son and described his predicament:

I am feeling pretty sad,… Continue 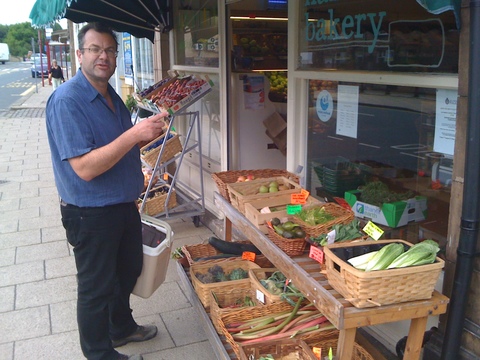 Last week I wrote a blog post about a fabulous new initiative in Slaithwaite, Yorkshire called Green Valley Grocer.
Today I visited and met with Graham, one of the main… Continue

Growing your own food ‘good for the soul’

Image from Global Artist Village
Article by Peter Collins at Walesonline.co.uk
GROWING your own organic food is not just good for the environment but “good for the soul”, according to graphic designer… Continue By David Barrie
On 26th September, the town of Middlesbrough, North East England, will host its annual town meal.

At the event, people will feast on food that they've grown at home, in kitchen gardens and on formal or informal plots of ground across the town. By MATTHEW PEARSON, Times Colonist
A team of young entrepreneurs is transforming an old pizza shop in Sooke into a year-round market for locally grown and organic food.

The Farmer's Daughter Food Market is the latest in a long line of Victoria-area business ventures capitalizing on the popularity of all things local. In… Continue

What Grandma knew and Mama forgot 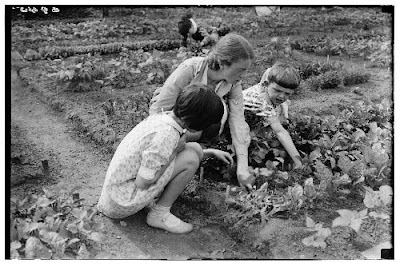 By Chris Bryan - New Westminster News Leader
When spring arrived this year, like most people I welcomed the arrival of warmth, some sun, and the first splashes of colour.

But it also came with a twinge of dread.

Spring means the grass starts growing and by May, seemingly endless mowing.

I sat down at my desk this morning and struck up a conversation with Ben Childs who was sitting at the table opposite. After the normal introductory questions of 'what do you do?', Ben informed me of a fabulous initiative in his home town of Slaithwaite (pronounced "Slawit" if you want to sound like a local), in West Yorkshire.

The local Green Grocer in Slaithwaite had recently… Continue For the past two decades, urban agriculture has been increasing throughout the world, in both poor and wealthy nations. Millions of urban residents in Africa, Asia, Latin America, and increasingly in North America and the UK, are growing crops and raising livestock in yards, on rooftops… Continue

Legal row over derelict land use 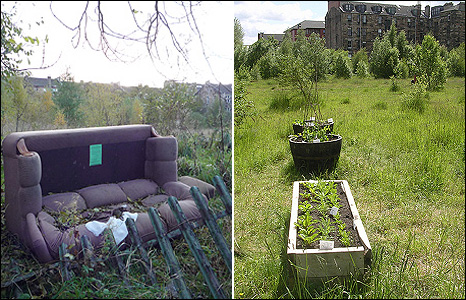 Source: BBC.CO.UK Spotted by Jake
A community group which planted flowers and grew vegetables on derelict land earmarked for building is being taken to court by Glasgow City Council.

Artists to Create Edible Landscapes at the Schuylkill Center Source: artdaily.org
PHILADELPHIA, PA.- Down to Earth: Artists Create Edible Landscapes is an exhibition that highlights the growing focus and emergence of “green” principles and sustainability in relationship to food, art, design and agriculture. The exhibition will include six artists or artist teams who are all working to create socially engaging… Continue 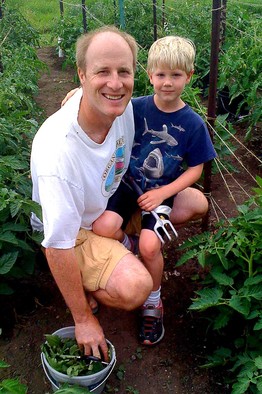 By RAYMUND FLANDEZ from the Wall Street Journal
Some small companies seeking an extra benefit for their employees are turning to their backyard for inspiration: a vegetable garden.

After laying off an employee, cutting hours and… Continue

Permaculture restores a piece of the backyard ecosystem


Maybe you plant flowers that attract beneficial insects to your tomato plants. Or maybe you capture, store and divert rainwater to your garden in summer's dry months. Maybe yet you build a solar oven to dry garden tomatoes.

The effort can be small or large, complex or simple. All of it, though,… Continue

Grow your own: transforming skips into vegetable beds

By Rosie Boycott in Thisislondon.co.uk
Everyone in London has a tale about finding something valuable that's been tossed away in a… Continue

From fork to fork in 40 years 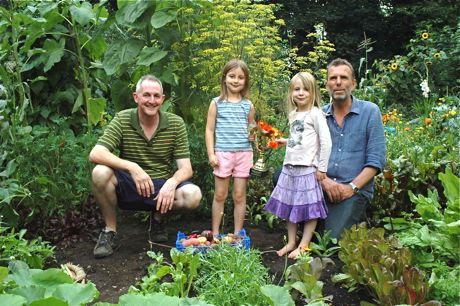 Howard, Nancy, Rose and I would have had to wait 40 years for our food growing cup! Photograph courtesy of Tom Moggach
By Allan Jenkins at Guardian.co.uk
Had a site visit on Sunday from… Continue

Dig Your Own Dinner With Rachel de Thame

Source: 50connect.co.uk
Help to save the British tomato by Digging Your Dinner with some specialist tips from TV gardening expert Rachel de Thame.

If the thought of adding exotic sounding ingredients to your home cooked dishes appeals to you, then you’ll want to know that ‘Whippersnapper’,… Continue

The suburban herbalist: Medicinal herbs you can grow and actually use

By Amy Greacen
There is a vast range of healing, mood-altering and paradigm-shifting plant stuffs that can thrive in our zone -- enough to fill a weighty book. If like many of us you're kind of over the whole "Better Living Through Chemistry" thing and you'd like to spend less money,… Continue

Some like it cold: It's not too late to get your fall veggie garden growing

By (ARA)
If you haven't yet joined the "grow your own vegetables" craze, it's not too late to join in. You can produce a bounty of vitamin-rich veggies from plot (or pot) to plate this fall, plus you'll save a bundle by growing them yourself.

You may be surprised to find that with just a little attention and effort, growing… Continue