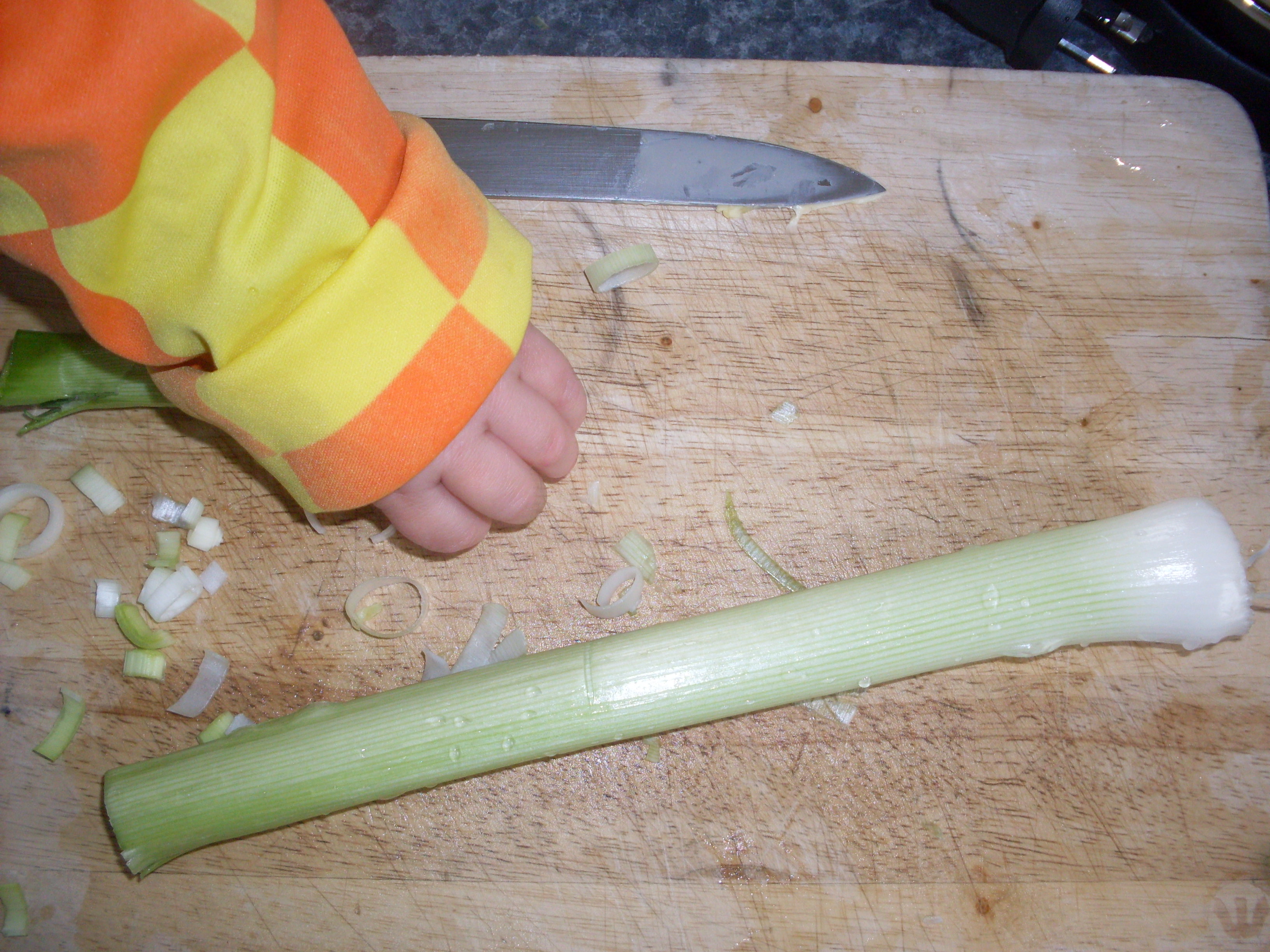 I made leek and potato soup the other day with leeks from the garden. The biggest leek is in the photo above. This is the biggest leek I've ever grown, and its definitely been in the ground a long time. So long that I can't even remember when I planted it.
The other broccoli plants aren't looking as nice as the first one we ate. The green caterpillars lasted a lot longer this year (I have a note in my diary last year saying the caterpillars were gone at the end of March). As a result, the leaves have been eaten down to the stems and the caterpillars have moved onto the broccoli heads themselves. I've been occasionally picking the caterpillars off for the chickens, but it hasn't helped the broccoli much. Hopefully the smaller broccoli plants (the last to be planted) will recover.
My winter greens are doing well (pak choi, spinach, silverbeet) but I must admit I've been feeding most of it to the rabbit (she needs to eat Something!). The self sown beetroot has swamped the carrots, but hopefully they'll continue growing once I pull the beetroot out.
I also noticed today that some of my baby mandarins have turned black :/ Will keep an eye on them, but its not looking good.