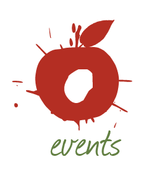 A BIODYNAMIC field day is being hosted by Northburn Vineyard next month, with three keynote speakers attending from New Zealand and the UK.
The event on August 4 is one of three such field days taking place across the South Island in response to an increased interest in biodynamics from the agricultural and viticultural community.
It follows on from the success of a well-attended workshop led by NZ biodynamic guru Peter Proctor at Quartz Reef Vineyard last October.
Biodynamics is currently being practised by at least five Central Otago vineyards, including Rippon, Felton Road, Burn Cottage and Quartz Reef. It has long been popular among many of Europe's top vineyards, especially in the Pinot Noir-producing area of Burgundy.
The Northburn day will begin at 10am at The Shed, and will include talks given by three well-regarded experts from within the biodynamic community.
UK scientist and journalist Lis Alington (B.Agr.Sci(Hons),Dip.BD Agr.(UK)) is an independent researcher in the field of biodynamics, as well as the editor of Earth Matters, a Journal for AgriCultural Renewal.
Her talk, entitled "Why Biodynamic farming works; a scientific approach" aims to show the scientific rationale behind some of the more unusual methods associated with this novel form of organic agriculture.
Experienced sheep and beef farmer Jack Wanklyn, from Gisborne, will lead the next talk, "How to make Biodynamic farming work on your farm; a practical presentation and discussion". Jack, who now manages New Era Agriculture - set up to assist farmers in using biodynamic farming methods - began farming in 1982 and will bring 30 years of practical know-how to the talk.
The final speaker will be David Wright, secretary of the Biodynamic Farming and Gardening Association, formed in 1939 to promote biodynamic agriculture in New Zealand. David has kindly agreed to take time out from his busy schedule in Wellington to give a talk entitled "Demeter certification issues". This should be of special interest to any farms or vineyards contemplating whether to go down the full biodynamic certification route but unsure as to exactly what this might entail.
There will be a break for lunch at midday (please bring your own) followed by a practical afternoon session. This will include a farm walk, looking at soil fertility and farm management, and practical demonstrations.
Demonstrations may vary on the day but should include a look at the various biodynamic preparations and some hands-on making of Maria Thun's cow pat-based barrel manure, as well as a look at compost.
The day, which is open to all COWA members and anyone interested in learning more about biodynamics, begins at 10am on August 4. There will be a $25 charge to cover expenses. Please call Shane Livingstone at Northburn on 027 415 8231 for more information or directions.
The two other field days are being held on August 2 at Warrick Thomson’s sheep and beef farm, 125 Te Houka Rd, Balclutha, and August 6 at Brian and Jackie Clearwater’s Dairy farm and yoghurt factory, 793 Peel Forest Rd, 15km north of Geraldine. For more information on either of these days, please call Jack on 06 862 5484 or 0272144017 or email him at: jack.wanklyn@xtra.co.nz
A form of organic agriculture, with no synthetic inputs such as herbicides, pesticides and insectides allowed, biodynamics also recognises that farming is influenced by cosmic rhythms such as the movement of the moon and other planets.