Food forests and forest gardens are promoted through permaculture . This forum is for those who are growing or would like to grow one in their property.

Click on Robyns icon to see pictures of her Southland Food forest.
Finally our 'Welcome to the Food Forest' 8 minute movie can be watched on line. It is a great introduction to permaculture and our Centre. [[https://www.youtube.com/watch?v=qY2_17NTd7Q]]

Filmed autumn 2016  - 8 minutes of our forest garden this season 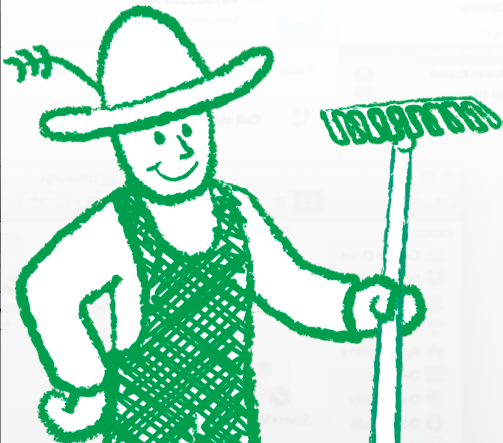 Hello everyone,  I live and grow in Taumarunui and was wondering if anyone knew where to get cow parsley seeds.  I have scrolled through sites that I thought may have them but I guess they class it…Continue

I've been looking at barrier plants, with the idea of 'fencing' off our future food forest area from kikuyu invasion.Came across Vetiver (…Continue

Hi all, Having been exposed to  the world of food forests ( friend has a Geoff Lawton dvd).   I  had a "light bulb" moment  and down this merry path my feet carry me. Our  land  was stripped of …Continue

Hi food forest fans,I thought it would be useful if we created a list of perennial vegetables that would be suitable additions to food forests. It seems one of the benefits of food forests is that…Continue

You need to be a member of Food Forests NZ to add comments!

It is a more natural layout and so relaxing as you focus on the overall effect as you live amongst it.

I like to stand in one part of our forest and count how many different plants species I can see in a 360 view- it is alway at least 30. You can fit so much more per area as a result.

We try and have a good mix of fruit, berries and nuts, natives, nitrogen fixing plants, perenial vegetables, herbs, wild flowers and weeds, bulbs and root crops, vines and make sure there are plants to attract insects and birds in the mix.

Some patches our now stable systems on their own - others the ground cover is still 'cow parsley' dominant as we smother the last of the grass then we will diversify that up.

"I think one of the best things about permaculture forest gardens is that they are ultra three dimensional.  The layering you can achieve on one small patch with every root and top in it's own space. "

What a neat way to thinking through things! Thanks!

Comment by Jane Maarie on September 18, 2011 at 9:41am
Hey Robyn, just watched it on TVNZ on demand & throughly enjoyed it! Very impressed with all those apple varieties you pulled out of the bucket & now I'm thinking that I have got to get a peasgood nonsuch to add to my lot & do you sell seeds of your now famous Whorchester berry? Who would have thought you could get a banana shaped potatoes! I've been inspired yet again! :O)

Comment by Robyn Guyton on September 18, 2011 at 7:12am
If you missed it our food forest was featured on Al Browns cooking show 'Get Fresh' last night (September 17th).  It was in the last third of the show and you can watch it on line though the TVNZ website .

found good lists at link above  - the book is American

Comment by Robyn Guyton on August 31, 2011 at 7:19am
We have been finishing the pruning of our fruit trees and at the same time thinning out our native shelter belts that have started to shade rather than stop the wind.  It is nice this time of year as the plum blossoms are out and the herbal layer is starting to come away yet we can still see the layout of the orchard.  In a few weeks time it will be like a jungle again!

Comment by Tim on August 12, 2011 at 10:47am
Thanks Robyn, would love to drop in.  We moved to a new place in an urban setting about 9 months ago.  lots of tree planting going on right now so will be sure to post photo's as progress is made.  Cheers

Comment by Kathrina Muller on August 11, 2011 at 7:18am
If you want mushrooms in your food forest, have you considered the woodear fungus, or Jews ear as it used to be called. It is native to NZ and grows on dead wood. In fact it used to be collected and exported from NZ to China in the late 1800/1900 see http://www.teara.govt.nz/en/mushrooms-and-other-cultivated-fungi/2
or http://www.teara.govt.nz/en/taranaki-region/9/6/1
I have had it growing on dead Erythrina wood, on a sick golden elderberry and on branches off the elderberry. Does anyone have better ideas than just piling up cut branches next to where it is growing.
The following is an article from our seedsaver newsletter
Health Benefits of Black Fungus (Ref: hubpages.com)
Black fungus is a very common and inexpensive ingredient on Chinese dinner table. It also has been labelled as a medicinal food for
thousands of years because of its nutrient content such as iron, protein, vitamins, polysaccharide, and other minerals.
Flavor: Black fungus has no flavour of its own, but absorbs the seasonings it is cooked with.
Other Names: Black Fungus (Auricularia polytricha) is also known as cloud ear; tree ear; wood fungus; mouse ear, and jelly mushroom.
Health Benefits in Chinese herbal medicine:
Black Fungus helps in nourishing the lungs, liver and stomach. It alleviates
dryness and promotes circulation in the body.
Black fungus has a reputation in Chinese herbal medicine for increasing the fluidity
of the blood (same effect as in aspirin) and improving circulation. It is given to
patients who suffer from atherosclerosis.
Black fungus contains iron. Iron contained in black fungus is indeed one of the
highest among all the vegetables; eating regularly can enrich blood and prevent
iron deficiency anaemia. It is a much better alternative to pig liver as a
good source of iron, containing up to seven times of iron compared to pig liver.
Black fungus contains polysaccharide, this compound not only inhibits tumour
growth and prevents cancer, and it also neutralizes the side effects of chemotherapy
and radiation.
Black fungus is a good “absorbent” and “scavenger” of toxic substances in the body, thanks to its pectin that can absorb dust in
lungs and digestive system and then excrete together.
Black fungus is a good source of calcium, reportedly containing twice the amount of calcium compared to milk.
Black fungus is also rich in protein, vitamins D, B1 and B2.
Availability: it is mostly sold dried but is also available fresh.
Shelf life: If stored in an airtight container, they should keep for up to a year.
Preparation: Before using, soak the fungus in warm water for at least 15 minutes. It will expand to several times its normal size. Then
rinse the fungus and trim the stem where it was attached to the wood of the tree (cloud ears grow on trees such as the mango and kapok).
Once the cloud ears have been cut up into an appropriate shape and size, add them to a dish near the end of stir frying, so that
they do not lose their crunchy texture.
Note: Kathrina might have some Black fungus growing in her garden and she would not mind sharing with us!
Phyllis Wu….

Have you photos of your garden?  I like the fact that no two gardens are ever the same in permaculture as we all have different conditions.

If you are ever down south come and visit us!

Comment by Tim on August 8, 2011 at 3:21pm
I love the photo's of your food forest Robyn.  Very inspiring!  Hi everyone, Robyn's asked me to include a link in this group to my journals.  The permaculture practitioner journals series, a resource developed for those interested in healthy and sustainable food production in your own back yard and orchard, is something I’ve been working on for a few years now. They can be downloaded from my website http://www.piginthemud.com/ I hope they can be of some value to you. cheers