Planted 2 grape cuttings under each citrus tree. No idea what they are. Direct planting is not the usual procedure but if it works it will avoid disturbing the roots of the citrus by transplanting developed cuttings. Interestingly some blogs recommend burying one bud of the three, others 2. Learned that leaf development does not mean root development.

Because of the duty, wine may be the most expensive food product we consume, so Im thinking of producing my own. As grapes are vines I think it may be possible to grow one up each fruit tree, especially given that grapes root deep while citrus are surface feeders so they wont compete for moisture and nutrients. The only problem is will the Auckland climate (summer day…

4 table grapes moved to fence to better utilise the ve 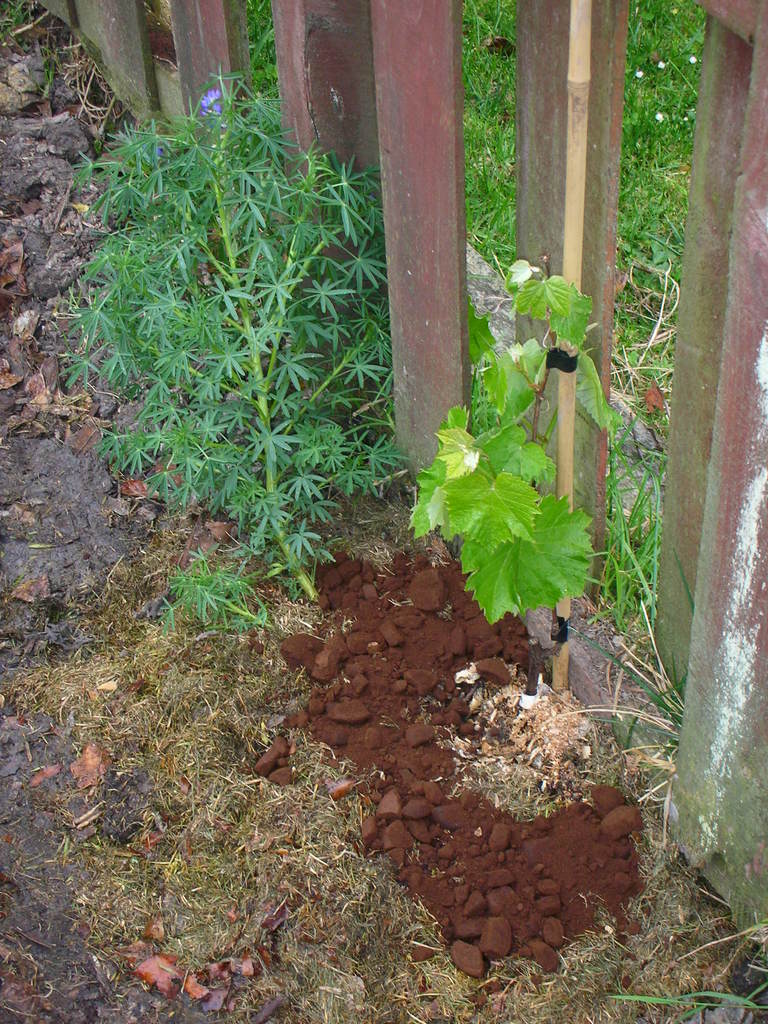 rtical space. Ive taken out the palings to let vines get the afternoon sun. Lupins transplanted with the vines. I raised the ground level and added grass clippings, coffee grounds, chook manure and seaweed… 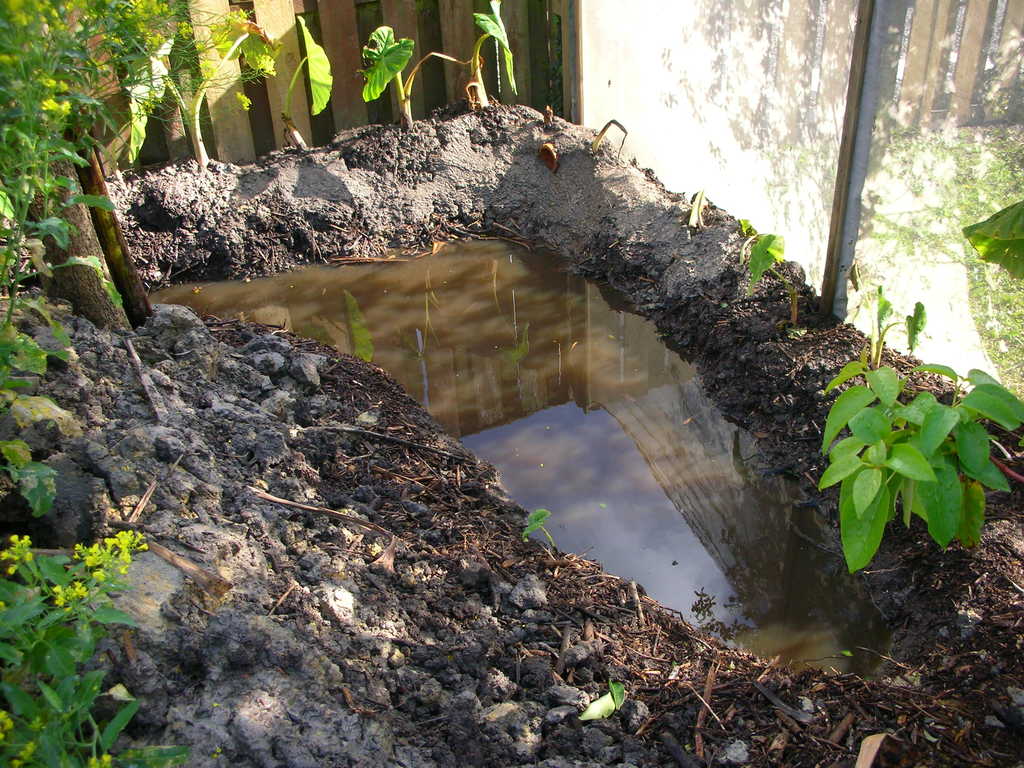 Have run a permanent drain down the gully so the roof runoff will all go direct to the soak hole/pond. Now I can plant vines all along the fence and also gradually increase the surface area of pond. It soaked away last time so if I want it to stay full I will have to compact or smear it. Ive read that fermenting vegetation on the bottom will seal it too. Two people have…

Lets increase pollination and increase our native bee population in our own back yards, bumble bee nesting boxes and solitary bee houses can help increase pollination. Passionate about the future of bees in New Zealand, Ian Morton from Creative Woodcraft has teamed up with a pollination expert to help Kiwi gardeners encourage native bees to pollinate their backyards.… 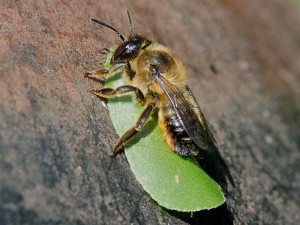 Choko planted to grow over chicken run providing food for us and them and shade from the sun. Tagasaste transplanted for shade and chop-and-drop fodder. Have order 6 more seedlings. 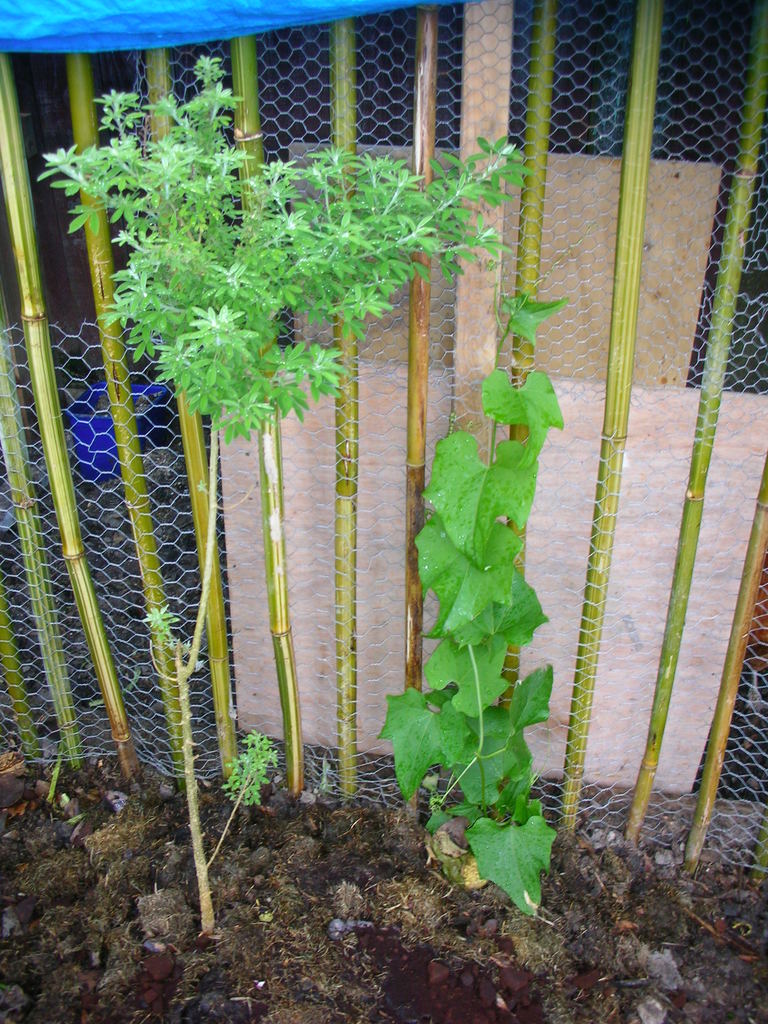 Further excavation of the wet corner with spoil thrown up to form a berm on contour below the avocado. Open drainage has the advantage of evaporation which humidifies the micro-climate. Taro will stabilise the lower dike. Nutrient resources made into teas - seaweed, fishheads, compost and urine. Now stored behind the house close to rainwater tanks. Neighbours put in a new solid concrete driveway which now sheds excess water to our section. I will check if they got a permit first and if not will ask them to plant up with bamboo or trees to evapo-transpire the ground water below their driveway. If they put in a drain it will still end up seeping into our section.… 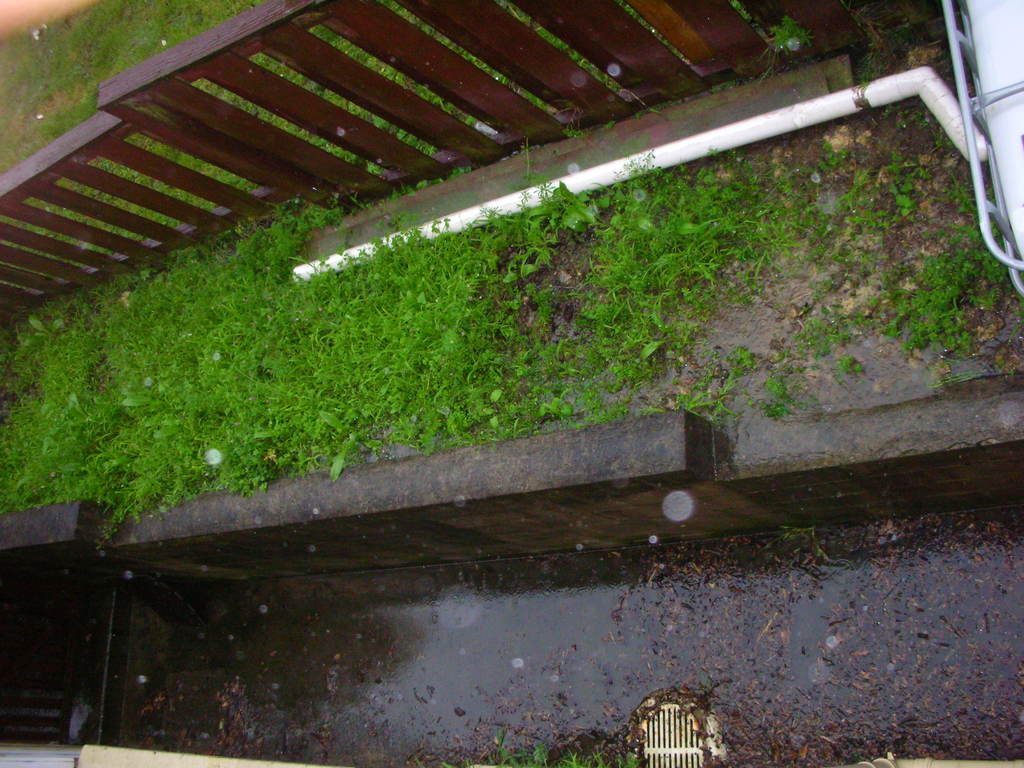 First attempt at brioche to use up some Chooks break even in 6 weeks

Bought my 6 chooks for $24 (plus $6 travel). Sold 3 for net $40 so have ended up with 3 free chooks and $10 profit. Eggs have now totalled 155. Free range organic sell for $5.69 half dozen and mine taste better and are fresher so must be worth $1 each so my investment of $162 has now broken even and I still have enough chooks and the coop. The secret is to keep the costs down by sourcing cheap or free inputs. 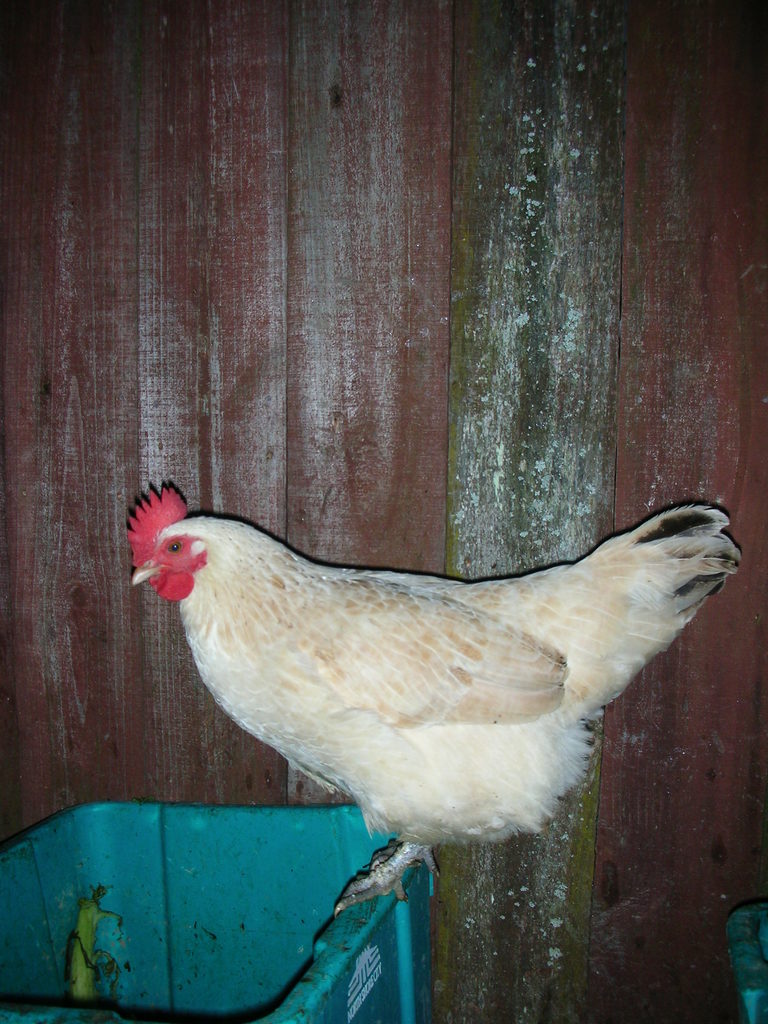