Sax players always get the girls 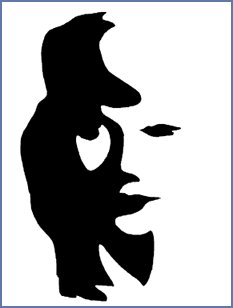 I was at a little club/restaurant in Sydney called 'Soup Plus' this one time. A jazz club, that offered the most stunning array of soups produced from their own vege gardens. This particular evening we had arrived early; it was kinda quiet and this dude at the next table casually gets out a case, pulls out a sax and plays 'Memories'.
He plays it really, really well.
It was kind of cool, given he was a patron and that it was all so spontaneous.
I'll bet the farm he got the girls that night.
So, why mess with a formula. Back in NZ, I borrow a mates sax, rig a 3" speaker down into the cone and wire it to a little sony CD player, hidden in my pocket loaded with a CD of a solo sax session that was done by a chap called Mason, a Wellington muso who used to play tenor better than most.
I rehearsed the mime to his notes for hours. Weeks.
And then came the night to get the girls.
We hit Bachhus restaurant on Courtenay and it is full of hot totty. Flash, hot totty – a veritable smorgasbord of delights.

OK, so it's time to be the cool guy, the random patron with the sax. About 10pm. I stand up at our table with sax strung over neck, reed approaching lips.
People are looking over now, keen to see what's gonna happen next. I surreptitiously hit the play button on the Sony.


Out blares the theme from Flipper, the original from the CBS classic 60’s tv themes album. Complete with chorus girl vocals - "They call him Flipper, Flipper… king of the ocean..."

My mate Darryl who was with me, is on the floor now, tears of laughter, clutching his gut in the pain of sheer delight. On his part.

He, of course, is the guy who switched the CD!

I didn't get the girls.