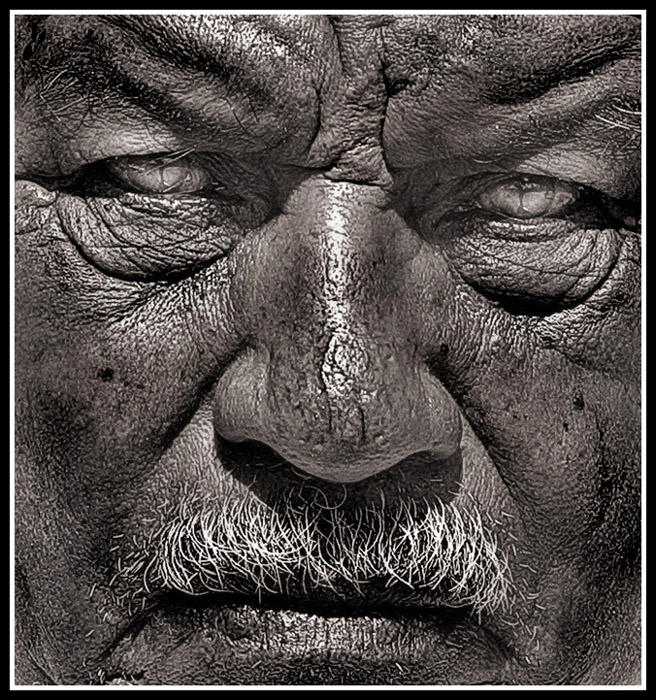 My dad was a great gardener; my God, could he ever grow tomatoes. His put my efforts to shame. When I was 14 years old, he went from 20/20 vision to being blind. Just like that. We learned later that he had suffered a degenerative syndrome but it had no warning symptoms. This was the early 70's; if he were alive today, it would have been picked up and he would never have gone blind. It had an enormous impact on our family, obviously. He went from a great managerial job - which he loved, to screwing nuts on bolts in a factory, by touch, seated in his dark world, 8 hours a day, year after year. Bolt after bolt. One day I went into his little factory space and he was in near-total darkness. He didn't know obviously, and in the faintest light I quietly watched him for a minute or two. I just burst into tears it was just so sad. He hugged me and said I had everything going for me, and that now was the time to "go get the world." Until then, I had been a bit of a misfit, not doing much at all. He would have given anything - both legs and one arm I reckon, to be able to get back into a decent career. But he couldn't. That whole episode and quandary really made me change my view on a lot of things, in particular people who have talent, but for some reason, don't seem to want to apply that talent. A wonderful world is waiting for them, but they just do not want to jump into it. Until then, I had been one of them. That 'moment' gave me a much-needed kick in the ass and at 18 I started working really really hard, pulling double shifts and working weekends whenever I could. 10 years later I owned a house. I often think that - maybe - if it hadn't been for my Dad, I might be stuck in a factory today, doing something like screwing nuts onto bolts. I was fortunate to be with him when he passed on and I remember asking him what he found hardest about being blind for the last 20 years of his life. Watching rugby? Getting around the house? Reliance on the whanau? No, most of all, he missed the garden. It was his talent. It was where the magic was. He moana pukepuke e ekengia e te waka.

Comment by Kali on February 16, 2010 at 4:09pm
Once again Porangi, a very touching piece, you have a gift for writing.