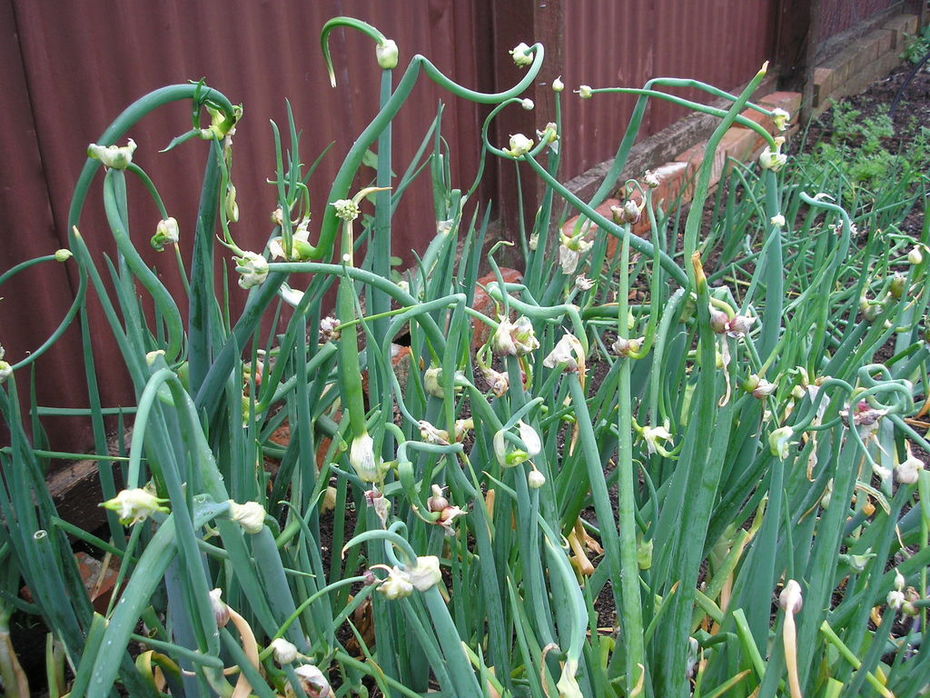 Egyptian Walking Onions are a useful crop to grow and generally look after themselves because:
They are perennials so don’t need to be planted every year like brown onions. So much of the care, weeding and feeding associated with brown onions is unnecessary for them.
They have much longer roots than brown onions, which is why they seem to tolerate weeds and lack of rain.
They propagate themselves easily, seem unaffected by extremes of weather, including frosts and very heavy rainfall and don’t need storing.
Instead store them in the garden and take when needed. Because they’re dug up fresh, you can eat the whole thing, leaves and all. So as far as Egyptian Walking Onions are concerned, the garden is the pantry. In the kitchen they are as strong in taste as brown onions but smaller (somewhat larger than spring onions) so two or three are equivalent to one medium brown onion. Because of their other qualities, I believe the slightly longer preparation time in the kitchen is well worth it – besides, they cook much more quickly than brown onions.
They do produce seed, but have two other propagation methods that brown onions don’t. Firstly, they divide, so one plant one grows into many, like the spokes of a wheel. Each “spoke” can be removed and replanted if required, or simply taken for the kitchen (they are edible at any stage).
But the defining characteristic of the Egyptian Walking Onion is that it grows little onions on the tips of its leaves! These are by far the most useful method of propagation for the gardener. To give an example, last spring, my original five Egyptian Walking Onions, which admittedly by then had become probably about thirty “spokes”, produced over three hundred little onions. I ended up planting most of them in the garden and have been eating them since early last winter (they are edible at any stage).
And the kiddies are fascinated, seeing these little onions growing in mid air! It is something we can do to get them interested in growing their food, which is a good thing in itself, as too many people – especially children – suffer from a poor diet these days and we need to encourage them to get back to eating real food – and growing their own, as there's nothing better than food from the garden.
The above summarises what I've learned from growing and using Egyptian Walking Onions (so called, I assume, as they seem to walk, as left to themselves, the weight of the onions on the tips eventually causes the leaf to bend to the ground, thus planting them.) And apparently, they don’t originate from Egypt but Romania, according to the internet.
Their self propagation and easy care make them worthy of consideration for food forests and permaculture. They are easy to grow, look after themselves, a good entry level vegetable for beginning gardeners, just a good thing to have in the garden, the sort of vegetable which can encourage people to start growing their own food, a “gateway” vegetable! 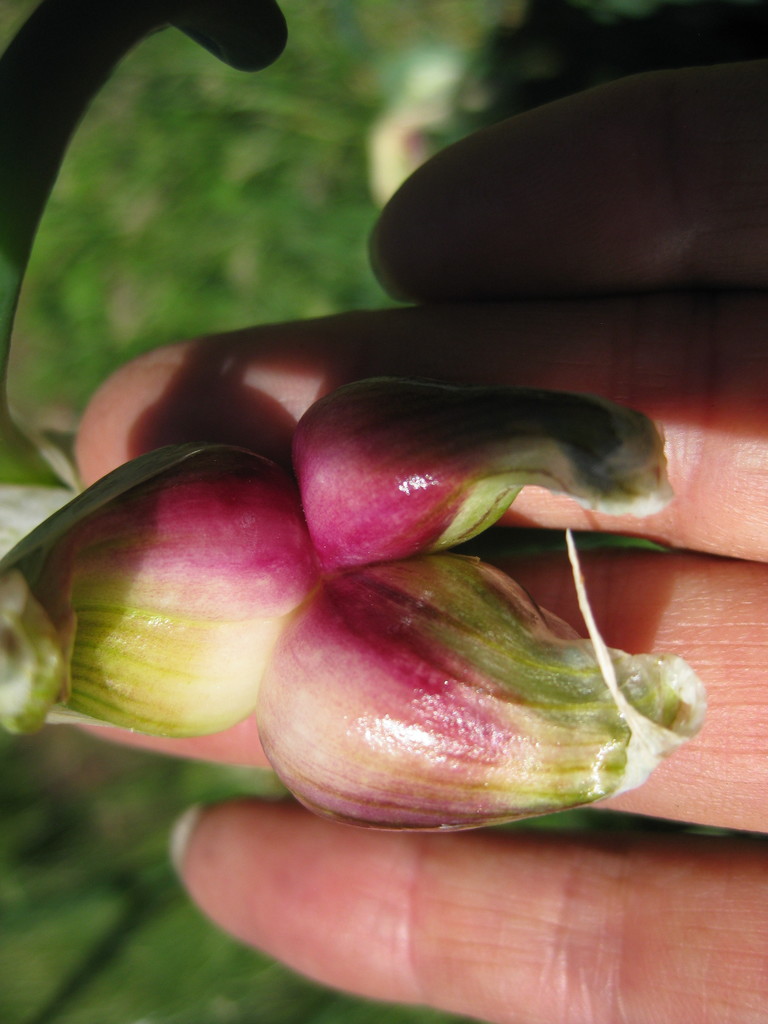 Here are two types of EWO that I am growing. Last season I had quite a few flowers on the topsets so I removed the bulbils in the hope that I might get seed from them but was unsuccessful.  A friend in Medbury that also grows EWO managed to get seeds from his plants and has grown on a plant.