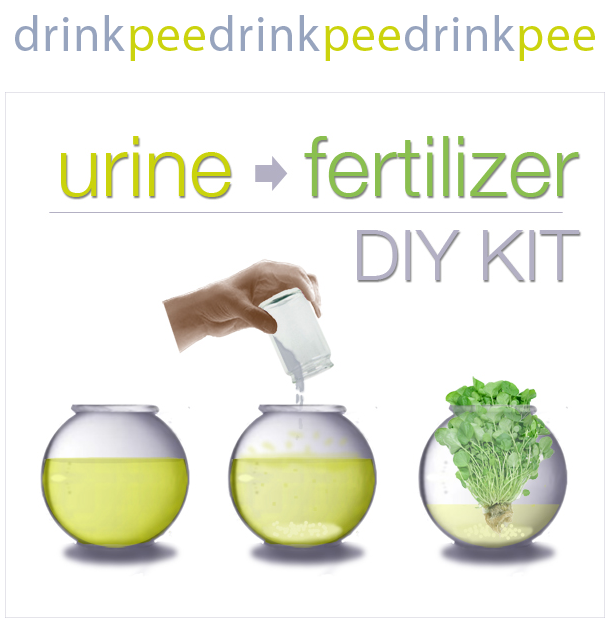 As a young lad we didn't have a flush toilet, we just had a pan. Dan-the-Pan-Man would turn up at around 3am on Wednesday mornings and sneak past the sleeping dog to collect our weekly deposits.

Dan would get upset if we filled the pan with urine because he said it meant for more spills and made the pan unnecessarily heavy. He would also get upset when the dog was off the chain, especially if it woke up after he had picked up the pan... but that's another story.

Anyway, us boys were ordered to pee under the lemon tree and only Mum had the privilege of peeing on the pan. Dad told us it was good for the lemons so when my friends screwed their noses and vowed never to eat citrus from our orchard I just decided instead to keep it our families little secret.

It seems now though that the secret is out. After coming across the drinkpee concept this morning I immediately wondered what the general response to such an idea would be. Would you eat watercress from the bowl above?

Comment by Lena on September 2, 2010 at 10:57pm
Do not be tempted to use pee on anything if you are on heart medication.
It will soon turn up it's toes & die if you do.

Comment by James Samuel on September 2, 2010 at 10:30pm
Would I eat the watercress? There's a long tradition and ample evidence of the benefits of urine therapy, and my experience with it has been positive, so sure, if it was my pee, why not?

Comment by Tony Lucas on September 2, 2010 at 5:23pm
Ive used this method on sick plants and it really brings them on, but has to be male urine not female, something to do with hormones.

Comment by Shona Cullen on September 2, 2010 at 10:58am
YES!! We put fretilizer in our gardens all the time, horse poo, Chicken poo any rotten natural product helps the garden produce better........Human Pee is NO different. Bon Apetti