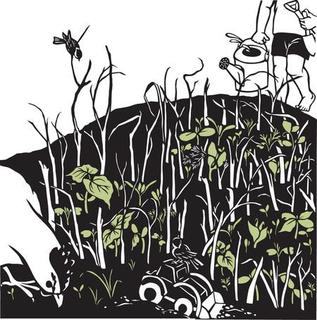 While in many ways the Transition Initiative is new, it often finds its roots in the past, in a practical make-do-and-mend attitude. There is an interesting emphasis on “re-skilling” communities in traditional building and organic gardening, for example: crafts that were taken for granted two generations ago but are now often forgotten. Mandy Dean, who helped set up a Transition Initiative in her community in Wales, describes how her group bought root stocks of fruit trees and then organized grafting workshops; it was practical, but also “it was about weaving some ideas back into culture.”

In the British context, the memory of World War II is crucial, for during the war people experienced long fuel shortages and needed to increase local food production—digging for victory. In both the U.K. and the U.S., the shadow of the Depression years now looms uncomfortably close, encouraging an attitude of mending rather than buying new; tending one’s own garden; restoring the old.

To mend, to tend, and to restore all expand beautifully from textiles, vegetables, and furniture into those most quiet of qualities; to restore is restorative, to tend involves tenderness, to mend hints at amends. There is restitution here of community itself.

Comment by Pete Russell on June 26, 2009 at 8:21pm
Looking forward to being in Totnes next weekend.