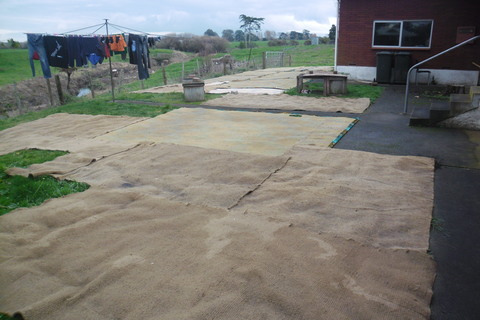 So, after getting the food forest started, it was time to start on the vege garden. First I layed that old carpet and underfelt all over the ground in the backyard to kill off the grass. I had hoped it would kill off the grass completely by September when I planned to start double digging, but by the end of August the grass was brown and in some places it had decomposed, but it most places the root system and brown grass were still very much there. So I decided to remove the sod off the top and just start digging anyway. It took my 4 days (not continuous days, obviously, but 4 days worth of gardening time which probably equated to 2-3 hours) to measure out my rectangle, mark the edges with a spade, remove the sod, double dig, add compost and fertiliser and woodchips. 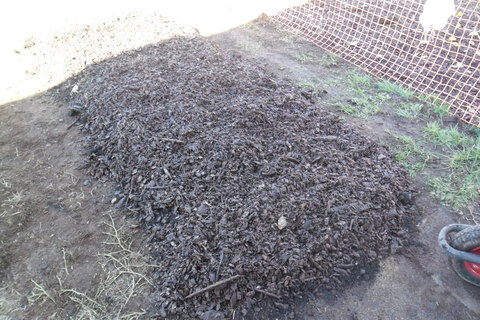 I was very happy with the results, but it took far too long. And with another 65m of garden planned, I was never going to get it done in time. So I decided to go the 'no-dig' approach instead, laying out newspaper, applying 1-2 inches of compost, then woodchips. Then I deployed my chicken minions and they got to work spreading the woodchips for me. 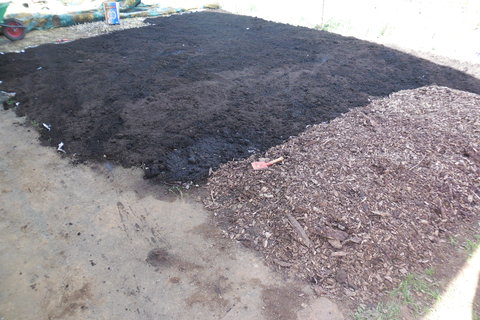 After 2 hours of work I had a much larger area covered, so no-dig it is.

I realize this means my plants won't be has nutrient dense this year (as their root system won't be as big due to the hard ground), but that's a sacrifice I'm willing to make. In the meant time, I plan to plant out any unused garden beds with lupins and parsnips as apparently these are good for conditioning and opening up the soil. And hopefully I'll have lovely soil for growing in next year.

Comment by Claire Griffin on December 17, 2014 at 6:42am
Hey, I feel for you with the double digging, i just finished ( with some help) 47 squares of new beds , double dug! What a mission! Paddock to vegetable garden. I will post some pics soon.

I think you are doing a great job massive venture, will be worth it once its up and running