Well, now that we are at the end of December, my garden is finally starting to take off :) I started planting Labour weekend, but everything I planted failed to grow and some things were taken out by the thousands of little slugs I have living in my woodchips. After talking to friends, I think the plants failed to grow because the ground was covered with mulch and took longer to warm up. Plus the garden is exposed to the sou-wester winds, soil is a bit compacted etc etc. Next year I will look into setting up some sort of cloche system for my early crops, as well as some windbreak, and we'll see if that makes a difference. My lettuces are all going to seed now as well and the next lot aren't quite ready. I also had more than I needed, so less plants and succession planting closer together next time. 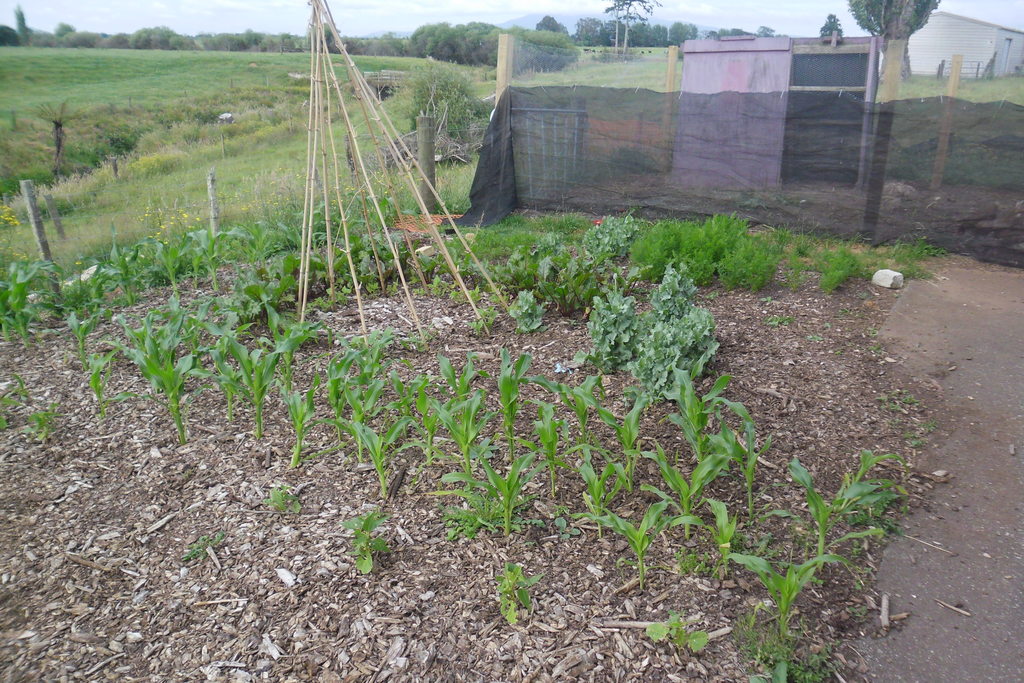 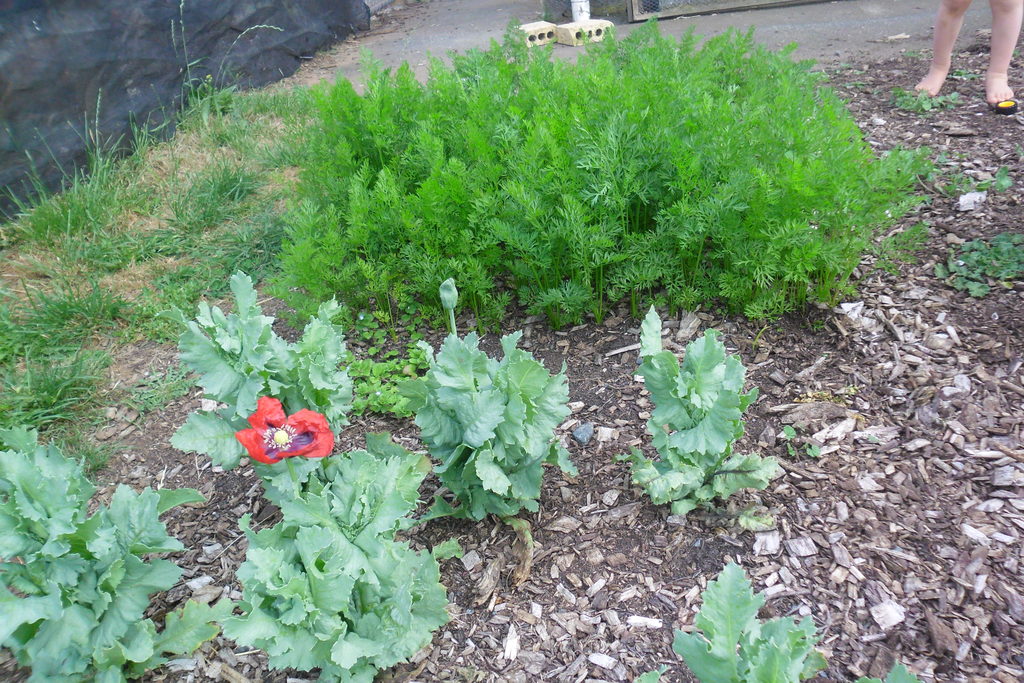 The first poppy flower. I used to think that flowers were a frivolous waste of space, but now I have been converted to the idea that you need flowers in a garden to feed the beneficial insects. I am told that poppies self seed easily, so this is food for the insects that should take care of itself in the future.

It's so long since I used ooooby.ning but it's cool to see this - you are inspiring me to come back here. It's good to see what others do. Thanks. :)