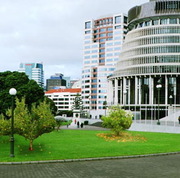 A group dedicated to the spread of the growth of free food in all human settlements. Free public food forests, community gardens, home gardens, edible landscaping and any other means that gets the idea that food should be freely available across.

Please help to identify the mushrooms that grow at Awhi Farm. …Continue

So how are freedom forests going? 5 Replies

I went to an "exhibition" a year ago and supported a submission to Christchurch City council to develop freedom fruit parks in poor suburbs, does any one now where this is at nationally?Very keen to…Continue

You need to be a member of Free Food New Zealand to add comments!

Hi, I've just started a PhD looking at free food and food democratisation.  I'm just in the process of figuring out what I want to focus on and explore and am open to ideas. This is my research blog: http://nourishingrevolution.blogspot.co.nz/

I am looking for someone to interview on edible landscaping in Auckland. Please ph me on 09 4422513

HI guys, I am all in favour of free food in all our communities and wish the councils to plant out our parks with fruit trees as well as the natives.  You can have a say on that by submission as the AK council is calling for submissions for their draft longterm plan for AK, Also, If you have a wish to promote a GE free NZ now is your opportunity to have your say. Please read the following and send in a submission if you agree, only hurry as submissions close 24th march 2012.

Comment by Helen Power on October 24, 2011 at 3:33pm
The Nelson Growables have organised a bicycle tour to show where the community orchards are around Nelson from 5pm 8 November and 1.30pm on 12 November.  Details on http://www.nelsongrowables.co.nz/GardenWeekActivitiesProgrammeOct11...

Comment by Robyn Guyton on October 23, 2011 at 3:45am
I know Nelson city has a map where all the roadside and community fruit trees are,  So maybe ask through the Nelson Enviro Centre if the know of others that have done this in NZ.

I would love to see all the schools have fruit trees. They could be taught how to care for the trees and how to make cordial and marmalade and jam etc with the fruit.

I am also trying to map out all the community fruit trees on the North Shore - does anyone know if this has been done before?

Many Southland Communities have or are creating community gardens and community orchards.  We have 18 schools with orchards as well now.

Mataura is going for it with two community gardens and several orchards planned abound the town including espaliered fruit trees along children's playground fence.

If you want to be involved with these projects contact the South Coast Environment Centre   www.sces.org.nz

Comment by Frances Hudson on November 27, 2010 at 7:51am
yes, http://www.wellington.govt.nz/services/resbelt/pdfs/guidelines-comm... for the official process. We are trying to set one up in Island Bay/ Berhampore see us at http://www.facebook.com/#!/pages/Community-Orchard-Berhampore-Island-Bay/108166475875881